SGN Games has changed its name to Jam City, and to celebrate its new direction, the Los Angeles company has acquired the rights to make games based on the Peanuts franchise. The rebranding is the second one for the maker of Cookie Jam, which Chris DeWolfe (founder of the early social network MySpace) first launched as Mindjolt.

Josh Yguado, chief operating officer and president of Jam City, said in an interview with GamesBeat that the new name and the thinking that goes with it will help the company reach its next level of growth. Jam City recently acquired mobile game studio TinyCo, and it now has more than 500 employees and games that include Cookie Jam, Panda Pop, Family Guy: The Quest for Stuff, and Marvel Avengers Academy.

“We thought we are successful because of of the popularity of our games, not because of a three-letter acronym that frankly doesn’t mean much to people,” Yguado said. “We are focusing on our core successful products like Cookie Jam to power our corporate identity. We are a fun company and we want a fun name.”

With Peanuts, Jam City hopes to release a mobile game later this year based on the late Charles M. Shultz’s characters such as Snoopy, Charlie Brown, and Lucy.

“Peanuts and Snoopy are on a short list of beloved brand characters that appeal across all ages,” Yguado said. “Anyone from 6 to 60 can whistle the theme. We want to weave the characters into the whole experience.”

In a statement, CEO Chris DeWolfe said the new name combined with its recently licensed Hollywood franchises will help power his mobile gaming company to its next phase of growth.

“It’s time to bring our brand in line with our games,” said DeWolfe. “We’re in the business of fun, and yet our old name was a corporate acronym that lacked the spirit of our products. With Jam City, we’re harnessing the success of our games — particularly, our Jam game franchise — to animate our studio’s identity.” 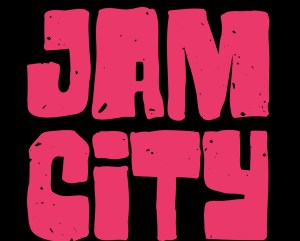 Cookie Jam and Juice Jam, two of Jam City’s seven signature games, are played 30 million times per day (according to the studio). DeWolfe added that Jam City revenues have grown by 100 percent every year for the last five years. He expects revenues to surpass $400 million within the coming year.

As SGN, the company received a $130 million investment from South Korea’s Netmarble Games, a deal that was the largest investment in a privately held gaming studio in over two years. Jam City has upped its investments in games based on entertainment franchises with global appeal while continuing to develop its own home-grown works.

“The opportunities for Hollywood in mobile games have never been as apparent as they are today,” said Rick Phillips, executive vice president at Fox Digital Entertainment. “Games can offer years of engagement and revenue for a film or TV show. Chris and his team have done an exceptional job. They’ve already succeeded with two Fox-owned properties, Family Guy and Book of Life. We’re looking forward to what they do next–this time under their Jam City brand.”

DeWolfe and Aber Whitcomb started the company in 2010. The company has five of the top 100 highest-grossing games in the app stores. Its games have been downloaded more than 800 million times, and it has studios in Seattle, San Francisco, San Diego and Buenos Aires. Yguado said the company will have more games based on licensed intellectual property soon, and it will also have games in more genres.