Gamblit Gaming wants to modernize casinos for today’s millennials. And that’s why it’s announcing its G-Sports esports platform, which will take games like Road Redemption into casinos via tournaments with cash prizes.

The idea behind G-Sports is to bring gamers into casinos, which have been populated in the past with slot machines that appeal to older consumers. To make it easier, Gamblit has created Gamblit TriStations, which can be converted to G-Sports stations where players compete against each other. The first game that will use the platform is Road Redemption, an established PC and console racing game.

“Our mission is to bring arcades back to life and bring a new style of game to the casino floor,” said Darion Lowenstein, chief marketing officer of Gamblit Gaming, in an interview with GamesBeat.

G-Sports represents Gamblit’s move into esports. But it is already working with gambling companies to bring other kinds of games into land-based casinos.

The new platform will be making its debut at G2E, the world’s biggest casino trade show next week in Las Vegas.

The games will not be “gamblified.” They will have a set fee for entry, charged to the player in a time-based tournament. Players compete and rank on a leaderboard that is updated in real-time with top players being rewarded at the end with cash prizes. 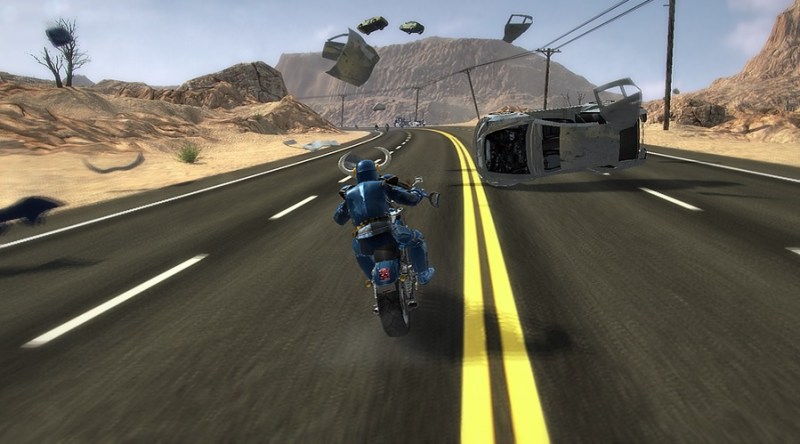 In Road Redemption, players will defeat rival biker gangs in post-apocalyptic America with prizes awarded to the highest scores on the leaderboard – bringing a fun, competitive spirit into casinos. You have to beat down other bikers and win the race. G-Sports allows casinos to appeal to more of the midcore gaming market with the ability to organize events around a popular game with tournaments scheduled at flexible intervals.

Lowenstein said the TriStations will already be on casino floors, and casinos and game companies will have the opportunity to advertising tournaments ahead of time to draw gamers to the casinos. And in these types of matches, every fan will feel like they have a fair chance to compete, he said.

“Once people are used to playing these games and putting $20 down, we’ll be able to bring more of the sophisticated games into the TriStations,” Lowenstein said. “For now, we want people to feel like they can walk up to a game they don’t know and have a chance to win.”

Ian Fisch, CEO of EQ Games, maker of Road Redemption, said in an interview that he’s a hardcore gamer and the games of “luck” that the casinos have today hold no interest for him. He thinks a lot of other gamers share that view in wanting to play something that requires more skill or reminds them of the good old days in the arcades. 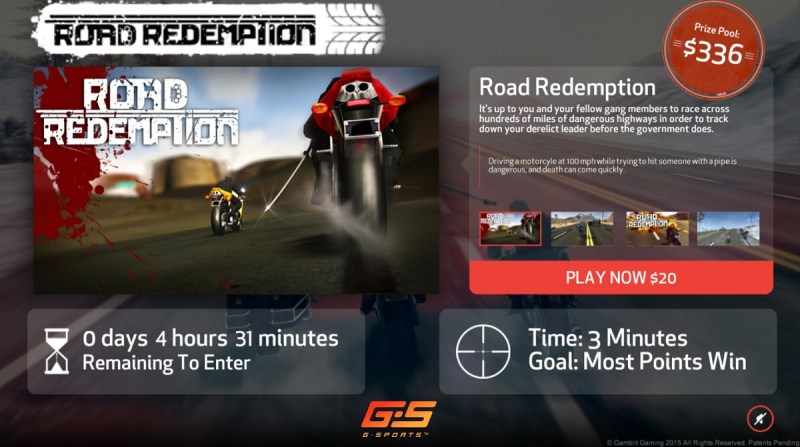 Above: If you can get the best score, you can win real money in Road Redemption in Gamblit’s G-Sports platform.