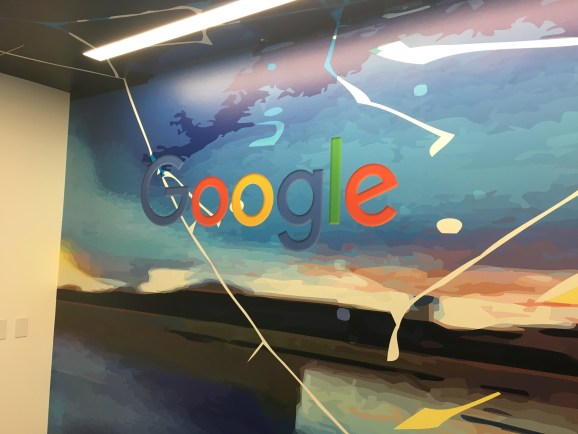 At a Google San Francisco office.

At its hardware event on October 4, Google will launch a first-party Wi-Fi router that can be deployed in groups to create a mesh network, according to a new report.

The product will simply be called Google Wifi and will cost $129 each, according to Android Police.

Last year Google introduced OnHub routers made by third parties — the first one from TP-LINK and the second from Asus. Those are more modern, app-enabled gadgets than the routers that people have relied on at home for years. But they aren’t the only routers to capture the imagination lately — startup Eero has gotten lots of buzz for its routers that run a mesh network when you place them around a home, and earlier this year Eero announced a $50 million funding round. If the Google Wifi is good, it would post serious competition to Eero.

As the newest Google-branded hardware product, the Google Wifi would make the biggest splash at the hardware event, where Google is also expected to release Pixel smartphones and potentially also the Google Home smart speaker and a 4K version of the Chromecast media streaming device.

The Google Home will cost $129, while the 4K Chromecast Ultra will cost $69, Android Police is reporting in a separate article.

As for the new phones, which are believed to be built by HTC and carrying the Google Pixel name, the smaller one will have a base price of $649, Android Police reported earlier this week.