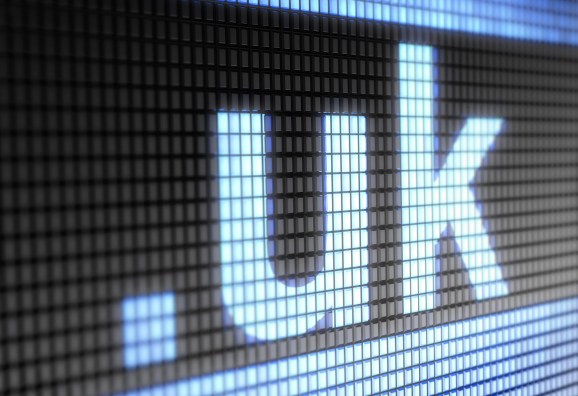 “Where are the UK tech companies that can become the next Google or Facebook?” goes the cry.  Well, I think the UK has plenty of what it takes to grow a tech titan or two, or three.

Britain consistently punches above its weight when it comes to digital innovation and technology. In a recent OECD/McKinsey 2016 report, the UK was ranked top in its digital share of overall GDP (10 percent), beating the USA (8 percent) and Sweden (7 percent).

Meanwhile, PwC has just placed London number one, for the second time, on its bi-annual list of Cities of Opportunity. London’s status as a world financial center, conveniently positioned halfway between Asia and the US, has helped it foster a strong tech innovation community over several years.

Six years ago the UK government decided to get behind its burgeoning tech talent, and the result is one of the most generous tax-relief systems anywhere in the world for starting a business. With supportive regulation, lots of available finance, and politicians keen to bring jobs into their neighborhoods, you can see why tech companies like Deliveroo and Shazam are thriving across the country. Indeed, over 40 percent of all European tech unicorns are based in the UK.

Then there’s culture. The UK’s economic liberalism and cultural variety – engendered over centuries not decades – have played a crucial part in its digital success.

For those considering investing in or starting up a UK-based tech business, here are a few things you should know:

1. The UK is the second biggest destination in the world for VC money, on a per capita basis

Venture capitalists invested a record $3.6 billion in the UK’s tech scene last year, up 70 percent from the year before. The country has consistently attracted more than 30 percent of all European VC funds for several years. On a per capita basis, the UK is the second biggest destination for VC money in the world, after the US, counting all investments made between 2009 and 2015, according to EY.

According to Pitchbook, the VC database, 2015 was the fifth consecutive year of growth for the UK’s tech sector. In fact, tech investment in London in 2015 was almost 20 times what it was in 2010. And in June 2016, the UK was already on track to exceed last year’s funding level yet again.

So far, Brexit does not appear to be having any impact. It’s fair to say that leaving the European Union may not have been on the road map for many in the sector, but we’ll rise to the challenge, while pushing hard for this community to become even more open to global tech talent and investment.

There are 1.56 million jobs in the digital tech economy, with almost three times more jobs being created in the sector than in the wider economy. Tech hubs are emerging organically across the country, specializing in different capabilities; from cyber security to digital media. Edinburgh is home to billion-dollar companies Skyscanner and Fanduel as well as rapidly growing startups like Administrate and TV Squared.

Manchester, where over 50,000 people work in the digital economy, is another fast-growing tech hub, home to MoneySuperMarket and The Hut. Newcastle has companies such as Performance Horizons and scaling mobile payment firm ImpulsePay.

3. Our internationally renowned universities are a crucial part of the ecosystem

There are over 170 universities in the UK, with six in the world’s top 30. Oxford University, Cambridge University, and Imperial College are in the global top 10. The turnout of graduates is the highest in Western Europe. British universities are world class and produce over 5,000 new STEM PhDs per year.

Collaboration between our universities and businesses is rated as the fourth best in the world, according to the World Economic Forum’s latest Global Competitiveness report. Entrepreneurialism is thriving on campuses, and connections to universities are becoming crucial in funding deals.

4. The UK is second in the world for tech startup exits, after the US

Access to London’s capital markets is important as businesses scale up.

The London Stock Exchange is the second largest financial market in the world, based on the number of companies listed. London’s recent Tech IPO successes include payments firm Worldpay, which raised over $2.6 billion, and cyber security firm Sophos, now worth more than $1.6 billion. Other listings include Zoopla and Just Eat, both valued over $1 billion in 2014.

Even before last year’s bumper crop of IPOs, the London market was a great place for tech firms to raise money. Between 2011 and 2015 there were 22 tech IPOs on the LSE, with the average IPO proceeds coming in at $492 million.

Right now, UK firms can choose if they want to IPO and open themselves up to public scrutiny. Fortunately, there is so much VC funding around that fast-growing firms can raise capital without having to list.

IPOs aside, there were 135 mergers and acquisitions in the second quarter of 2016 in the UK, accounting for 65 percent of all activity across Europe, according to CB Insights. In fact, the UK ranked second in the CB Insights Global Tech Exits listing for the first half of 2016.

5. Some of the UK’s biggest tech success stories have stayed under the radar

ARM Holdings is a case in point. ARM designs the chips that power 95 percent of the world’s smartphones, and its technology effectively put a computer in everyone’s pocket. This summer, the Cambridge-based company, which few consumers had heard of, accepted a $32 billion takeover offer from Japanese conglomerate Softbank.

Other big tech successes from the UK that you may have never heard of include Imagination Technologies Group, which designs and licenses chips for use in smartphones and other household appliances. Aveva, also based in Cambridge, is an engineering software business.

Meanwhile, Newbury-based Micro Focus, a software company that deals with software systems, has boldly just put in a $8 billion bid for a part of HP’s business.

We’re proud of our home-grown success stories, but it’s also important that many of the world’s biggest tech companies have opened headquarters in the UK. Facebook’s largest engineering team outside Silicon Valley is based here, while Google and Apple also have a substantial presence.

Proximity to these big companies helps local entrepreneurs aspire to create global companies themselves. When an innovative company like Magic Pony can be snapped up by Twitter for $150 million, as happened in July 2016, it inspires everyone in the ecosystem.

6. The UK government helps tech companies from cradle to exit

There is help for tech entrepreneurs at every stage of their business evolution, ranging from R&D tax credits and entrepreneurs’ capital gains relief to grants to an online Digital Academy for anyone wanting to acquire the skills to digitize their business. The UK also has a dedicated visa scheme for digital innovation experts. Government-backed enterprise schemes help private investor capital find its way into the ecosystem, and coding is now taught to all primary school children, from the age of five. The UK government has put many of its biggest interactions with its people online – from voter registration to car taxes. The UN recently ranked Britain number one in the digital delivery of services to its citizens.

Because of its supremacy in financial services, there is a tendency to assume London is dominated by fintech. There are plenty of businesses starting up in this space, like Monzo, Pockit, and Atom Bank, and some amazing unicorn companies like Transferwise and WorldPay. But the UK’s digital economy is more diverse than you might imagine.

We are seeing a rapid digitization in healthcare and education, with startups like Network Locum, a company that matches locum doctors with medical practices in need, and eSchools and RefMe in the education space. The gaming sector has already created world beaters like Tomb Raider and Grand Theft Auto, while gambling companies like Betfair, Playtech, and 888 Holdings are also international players. Property tech companies like Zoopla Property Group and Rightmove are potentially world leaders, thriving on the back of one of the most active real estate markets in the world. The flurry of proptech startups include Trussle, an online mortgage broker, and Purplebricks, which is undercutting traditional estate agents.

8. Brits are geeks at heart

Britain is a nation of early adopters who have embraced smartphones and the mobile Internet more rapidly than other nations. We also spend more time online than any other European country, according to the media regulator Ofcom. Phones are widely used for music streaming, with digital formats now accounting for 54 percent of all UK music consumption. Brits also spend more time using phones for social networking than any other Europeans and spend more than double the next European country (France) online per capita. This wouldn’t be possible without the UK’s broadband and telecoms market, which is one of the most competitive in the world and expects to the begin commercial rollout of 5G services in 2020.

9. First-generation entrepreneurs are now creating their own funds and building a sustainable ecosystem

After a wave of successful IPOs, Britain’s first generation of VC funds and angel investors are looking for places to invest their money. The recycling of capital into startups is something that has helped Silicon Valley maintain its supremacy across a couple of generations. Now in the UK we are starting to see the end of one cycle and the beginning of another.

While the most established VC funds were largely set up by former investment bankers, today’s funds are increasingly built by successful tech entrepreneurs, such as MMC Ventures, LocalGlobe, Spring Ventures, BGF Ventures, Entrepreneur First, and others. The recent M&A activity in the sector – particularly the takeover of ARM Holdings – will release fresh talent into the market along with a wave of investment. This is not just money; this is capital with knowledge behind it.

And it’s not all about the money. Which is why the UK tech community set up Founders Pledge, where tech founders donate at least 2 percent of their personal proceeds to support social causes following an exit. We’re building a tech community that will last here, and we believe in paying it forward.

Correction 9/26/2016: This story initially said Facebook plans to hire 14,500 people in the UK this year. The actual figure is likely much smaller, but until we’re able to confirm it, we have removed the statement from the story.

Gerard Grech is CEO of Tech City UK, a UK-based non-profit focused on accelerating the growth of the UK’s digital economy through programmes such as Upscale and Future Fifty, policy convening and advocacy. Previously, he worked in New York and Paris in mobile, venture capital, and digital media. Follow him on Twitter: @gerardgrech.