Luckey made a lot of money selling Oculus to Facebook for $2 billion in 2014. He used part of his money to make a $10,000 contribution to pay for a group of self-proclaimed “shitposters” who wanted to influence the upcoming U.S. presidential election with anti-Hillary Clinton memes. Luckey had to apologize after he was outed, and a bunch of Oculus developers said they would quit making apps for the Oculus Rift virtual reality headset because of Luckey’s actions.

On Saturday night, Iribe wrote on his own Facebook page:

I want to respond to the recent press stories involving Palmer. I know that Palmer is deeply sorry for the impact this situation is having on the company, our partners and the industry. Everyone at Oculus is free to support the issues or causes that matter to them, whether or not we agree with those views. It is important to remember that Palmer acted independently in a personal capacity, and was in no way representing the company.

Meanwhile, Jason Rubin, head of studios at Oculus, wrote on his Facebook page:

I wanted to give Palmer Freeman Luckey a chance to respond before I said anything, and having read his post, I take him at his word. Those of you who have known me before I joined Oculus know that I would not work in a place that I thought condoned, or spread hate. Nor would I remain silent if I saw it raise its head. I have always believed that games, and now especially VR, have the potential to bring people together. My view is unwavering. I continue to believe that Oculus can make the world a better place.

It remains to be seen if this is enough to stop a bigger developer problem for Oculus. The outrage had led Luckey to post this response on his Facebook page:

I am deeply sorry that my actions are negatively impacting the perception of Oculus and its partners.The recent news stories about me do not accurately represent my views.

Here’s more background: I contributed $10,000 to Nimble America because I thought the organization had fresh ideas on how to communicate with young voters through the use of several billboards. I am a libertarian who has publicly supported Ron Paul and Gary Johnson in the past, and I plan on voting for Gary in this election as well.

I am committed to the principles of fair play and equal treatment. I did not write the “NimbleRichMan” posts, nor did I delete the account. Reports that I am a founder or employee of Nimble America are false. I don’t have any plans to donate beyond what I have already given to Nimble America.

Still, my actions were my own and do not represent Oculus. I’m sorry for the impact my actions are having on the community. 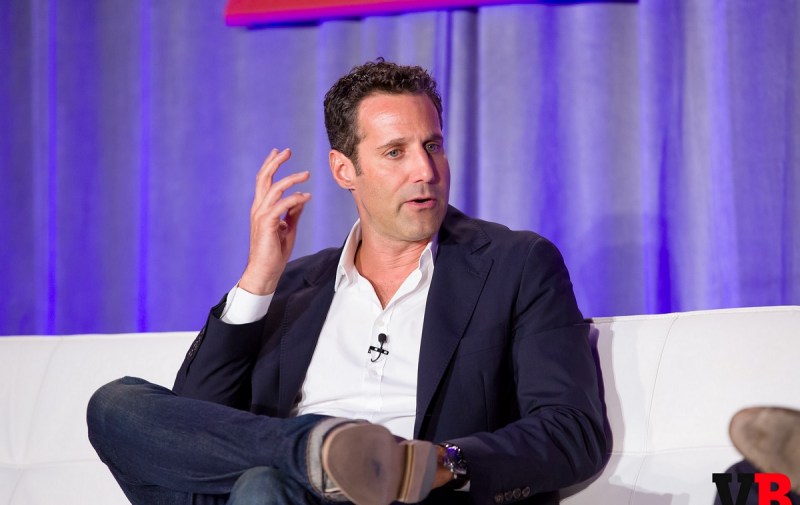 Above: Jason Rubin, the head of worldwide studios at Facebook’s Oculus VR division.