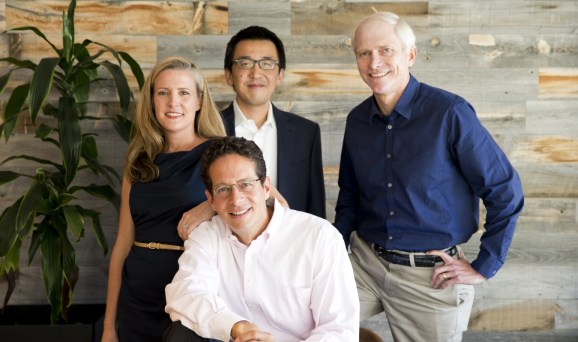 Canvas Ventures has announced a new $300 million fund, as the Silicon Valley VC firm looks to continue investing in early-stage U.S. startups, with a focus on software and services firms in the Valley.

Founded out of Portola Valley, California, in 2013, Canvas Ventures has hitherto invested in startups such as CrowdFlower, HealthLoop, and Zola from its inaugural $175 million fund, though its partners — Rebecca Lynn, Gary Little, Paul Hsiao, and Ben Narasi — have invested in myriad notable startups between them in the past, including Dropcam, Houzz, Lending Club, and Evernote, among others.

With Canvas Ventures 2 now out of the starting gate, the company says it will be looking to invest largely in Series A and B rounds, with investment size ranging between $5 million and $20 million over the company’s pre-exit time frame, and initial investments typically falling in the $250,000 to $10 million ballpark.

The company says that it originally set out to raise $250 million but was oversubscribed by $50 million when it closed back in June. Canvas says that it will look at companies working across a range of areas, including artificial intelligence (A.I.), fintech, digital health, and network marketplaces.

“Canvas is a team of passionate investors who have all been successful entrepreneurs or operators,” explained Little, who has served as partner, investor, board member, and more at a number of notable tech companies. “Paul and Ben each founded startups and guided their companies through their respective M&A and IPO. Rebecca and I have run and scaled marketing and sales operations at pioneering tech companies. Each partner at our firm has had profit-and-loss responsibilities or started technology companies from scratch, and therefore has a high level of commitment and empathy for our startup founders.”