Professional sports have just passed the ball to its digital counterpart.

The professional basketball team the Philadelphia 76ers announced today that it has acquired and merged two esports teams, Dignitas and Apex. This is the first time a major North American sports franchise has had its own professional gaming team. Esports is a growing market worth $493 million, and now major organizations that used to stick their noses up at this kind of competition are seeing dollar signs.

The merged Dignitas and Apex teams will be called Team Dignitas. They will compete in five of the most popular esports games: League of Legends, Overwatch, Counter-Strike: Global Offensive, Heroes of the Storm, and Smite.

“The esports industry is primed for incredible growth and we are thrilled to become an owner of such a storied franchise as Team Dignitas,” said Philadelphia 76ers managing general partner Josh Harris in a press release sent to GamesBeat. “There is a tremendous opportunity to leverage the infrastructure, resources, and experience of the Sixers organization to support these exciting teams as they continue to compete at the highest levels across multiple games. We see our entrance into esports as a natural extension of our expanding interests in traditional sports and entertainment and are confident that our involvement will accelerate the already rapid pace of growth in esports as a whole.”

Esports has slowly been creeping into the realm of “real” sports. ESPN has broadcast tournaments for games like Heroes of the Storm on its networks, and notable players like future NBA Hall of Famer Shaquille O’Neal and retired MLB star Alex Rodriguez have invested in professional gaming teams. Esports growth is so fast and trendy right now, it’s hard to see exactly where it will go. But it’s definitely getting bigger, and having the 76ers get involved could be the start of an interesting, new trend. 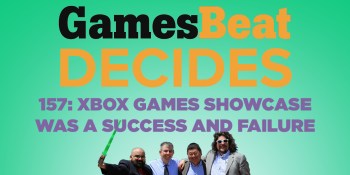