The hallmark of Skylanders is that it’s easy to play. And that’s the case with the newest release in the franchise, Skylanders Imaginators, which debuts October 13 on consoles and the PC.

Activision’s Toys for Bob studio started the toys-to-life market in 2011 by making hybrid toy-game products. And now, it is finally allowing consumers to create their own Skylanders characters. I visited Toys for Bob in Novato, Calif., and got some hands-on time with Imaginators. I created my very own Skylander, as you can see in the video at the bottom. Toys for Bob is betting that this kind of customization is the innovation that fans have been waiting for, and it will get the whole market growing again.

Skylanders still dominates, but Nintendo and Warner Bros. have moved into the market. Disney dipped its toe in with Infinity, but it canceled that project earlier this year. Those other companies have big brands, but Activision has built Skylanders from the ground up to be the dominant $3 billion franchise in the sector. And Paul Reiche III, cofounder of Toys for Bob, believes that innovation will come from the imagination of players in this version of Skylanders. 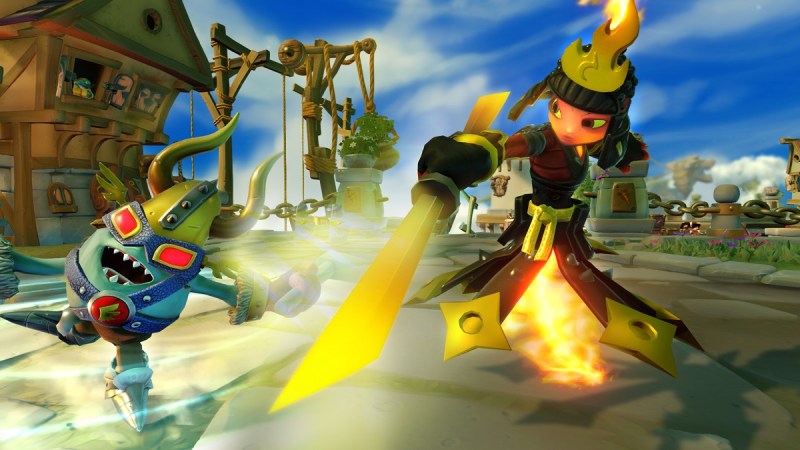 “Having something that you have made is powerful,” Reiche said. “You can create an awesome, badass character.”

You can still buy a few hundred Skylanders created by Toys for Bob at toy stores. But Reiche thinks that fans are going to go nuts and create a million new Skylanders of their own.

The battle classes for the Skylanders include character types, such as Quick Shot or Ninja. I created my own Swashbuckler character. You can choose body types, colors, facial features, weapons, and clothing. For instance, you can go into battle with colorful spandex if you wish. Over time, you collect more options, so you can go back and revise your character over time. You can even change the character’s voice and the catch phrase it’ll repeat often. Somewhere along the way, I chose a snake-like body for my character, and, no surprise, it turned out to be particularly slow at moving.

In the background story, the evil Kaos supervillain has figured out how the ancients created the original Skylanders. Using this mind magic, he tries to unlock this power just for himself, but he accidentally gives the magic to Portal Masters (players) everywhere. Kaos tries to create a perfect villain — himself. He manages to do so, but the clone then tries to fight Kaos for control. So now, you can play as Kaos the character (his clone, really) for the first time. The only way to beat Kaos and his “Doomlanders” is to create your own brand new characters.

As I traveled the Skylands with my character, I took a selfie. If you save your character to the crystal, you can take it with you and play it at your friend’s house. You get one character per crystal, but you can buy as many crystals as you want. 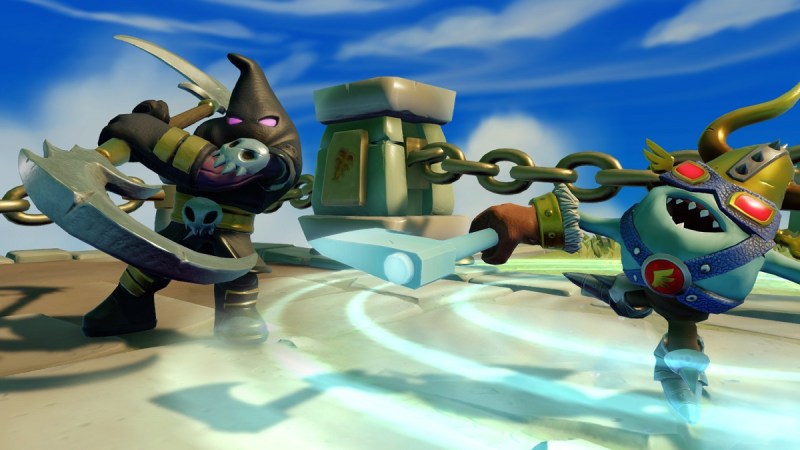 There’s no word yet on whether you’ll be able to create your own toy based on your digital character, but Reiche says cryptically that fans will be able to share their creations. The game has a guest star, Crash Bandicoot, as well as his nemesis, Dr. Neo Cortex. Crash unlocks a new territory, the Thumpin’ Wumpa Islands level. You can get a free Kaos toy with preorder and purchase of a $75 Starter Pack. I played a bunch of the Crash level, and it has side-scrolling or forward-running platform challenges that resemble the original Crash Bandicoot game. You can buy the Crash pack, dubbed Thumpin’ Wumpa Islands Adventure Pack, this holiday season for $30.

Here’s our video of creating a Skylander, along with some gameplay.