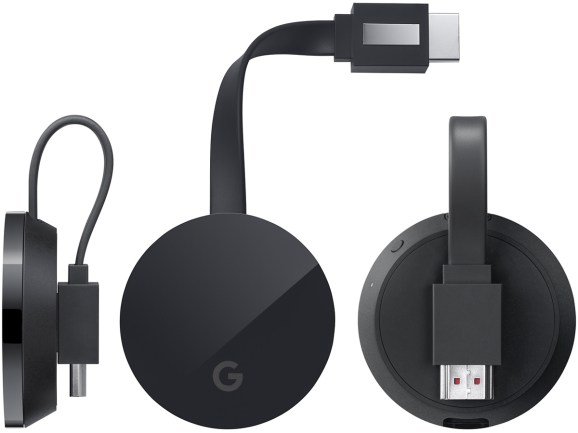 Google is holding a wide-ranging hardware launch event on October 4, where it’s expected to debut a pair of Pixel-branded phones, a VR headset, a Wi-Fi router, the Amazon Echo-like Google Home, and the device pictured here, a 4K-capable digital media player. A person familiar with the company’s plans confirmed an Android Police report that the device will be marketed as the Chromecast Ultra.

Tipped to run firmware version 1.21 at retail, the Ultra will allegedly be sold alongside the existing high definition Chromecast dongle, released last year. Whereas that product retails for $35, Ultra will cost nearly double at $69, according to another Android Police report. The increased price brings more powerful hardware capable of streaming content with 4K resolution from a device like a smartphone to an HDMI-equipped display.