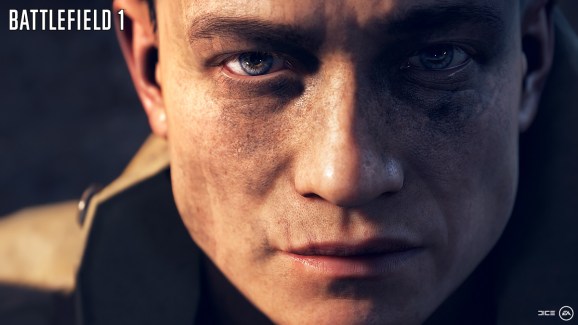 You may love Battlefield 1 for its multiplayer, but EA wants you to buy it for its characters.

After the multiplayer beta for Battlefield 1, it’s easy to assume the game is just three men on a single horse shooting flames and .50 caliber rounds into the sky. I get it. That’s beautiful.

But developer DICE and publisher Electronic Arts want to show you that the World War I shooter has heart as well, and they revealed that emotional core in a new trailer for Battlefield 1’s single-player campaign. EA cut the preview as if it were a promo for the next big Steven Spielberg war drama. While the trailer shows big, climactic battles, the camera lingers just as often on human faces. Sure, that’s an easy way to show off DICE’s powerful face tech, but it is also a quick way for Battlefield 1 to build an emotional connection with its audience.

It is an excellent trailer, and I think the music and gorgeous visuals of Battlefield 1 deserve a lot of the credit for that. But whoever cut this video also deserves recognition for employing a well-known cinematic technique called “The Spielberg Face.”

Watch the trailer again, and this time pay attention to how many times it shows a closeup reaction of someone’s face instead of what is happening around them. This is something film has done for a long time, and it’s a trick that directors use to indicate to the audience that something powerful and magical is happening.

By employing a number of closeups in the trailer, Battlefield 1 is building an emotional, human connection between the players and the onscreen characters in the same way that Spielberg does in his films. And that’s not a terrible influence to have if you’re aiming to make a mass-market entertainment product.

For more on The Spielberg Face, watch this excellent mini-documentary on the subject from Fandor.