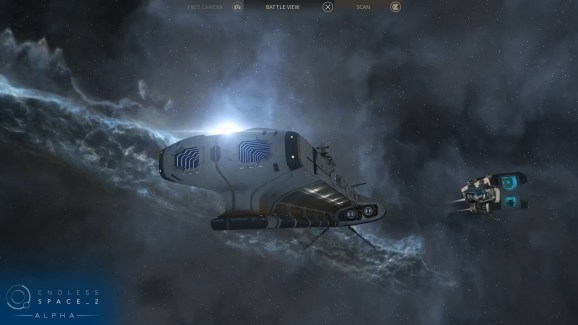 Over the spring, Paradox Interactive led the movement to “Make Space Great Again” with Stellaris, a turn-based 4X (explore, expand, exploit, exterminate) strategy game set among the stars. Last month, Wargaming rebooted Master of Orion, one of the classic strategy games set in space. And now, Amplitude Studios has decided when it’ll unleash its sequel to 2012’s Endless Space on Steam.

The Sega-owned strategy development house will put Endless Space 2 into Early Access on October 6. In keeping with its design philosophy, the French studio is selling it before it’s finished. It does this in part to collect feedback during development. Amplitude has used this model with every game it’s made — the turn-based strategy release Endless Legend and Dungeon of the Endless, a roguelike. Of course, this also enables the company to bring in money while it’s making the game.

The version debuting October 6 has four of Endless Space’s eight factions. Amplitude promises that its sequel “will elevate the genre with a finely balanced mix of character-deep factions with their own stories, a senate for political intrigue, a new battle plan system for strategic confrontations, new streamlined interfaces with Amplified Reality, and much more.”