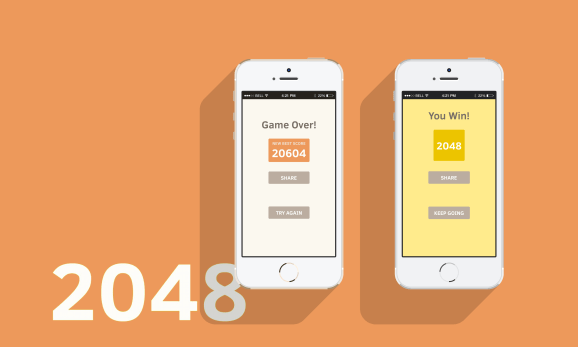 This is now an Ubisoft game.

Ubisoft is expanding its presence in mobile.

The French publisher announced today that it acquired mobile game studio Ketchapp. Ubisoft did not disclose the details of the deal, but the purchase will go through during the company’s fiscal third quarter that ends December 31. Ketchapp is responsible for free-to-play games like Risky Road, Stack, and Gravity Switch. Bringing that library of apps into Ubisoft will make the company the fourth largest publisher in terms of total downloads in the $36.6 billion mobile gaming market.

Ketchapp first came to prominence when it released the app 2048 on iOS and Android in 2014. Smartphone owners downloaded that game millions of times. But that app was also widely criticized for boldly cloning the gameplay and aesthetics of the beloved puzzle game Threes from developer Asher Volmer. In a blog post, Volmer expressed how sad it made him to see companies like Ketchapp rip off his idea. Since then, many of Ketchapp’s games have appeared to ape the gameplay or aesthetics from other, smaller studios.

Risky Road has a conceit that is nearly the same as indie developer Owlchemy Labs’ Smuggle Truck. Stack has an aesthetic style that is similar to stand-out hit Monument Valley from Ustwo. Gravity Switch features a gravity-flipping mechanic that reminds me a lot of the platformer VVVVVV from developer Terry Cavanagh. Crazy Circle is an inverted take on Cavanagh’s Super Hexagon.

But Ketchapp’s value to Ubisoft likely isn’t in its game-design capabilities. The company has built a platform that can find new mobile games an audience almost immediately. Ketchapp does that by cross-promoting its games across its network of several dozen apps. That has led to people downloading the publisher’s mobile apps more than 700 million times or an average of 23 million downloads per month.

“With Ketchapp, Ubisoft acquires a highly profitable publisher with a successful portfolio of free-to-play games for mobile,” Ubisoft mobile director Jean-Michel Detoc said. “This acquisition gives Ubisoft one of the world’s leading mobile game publishers and reinforces our advertising capabilities in mobile gaming.”

It’s that marketing know-how that makes Ketchapp an important addition to Ubisoft’s portfolio. Now, Ubi can build original mobile games and launch them into the Ketchapp ecosystem without having to spend quite as much on player acquisition. And that’s a major key to profitability in an industry where it can cost several dollars to bring one new player to a game.