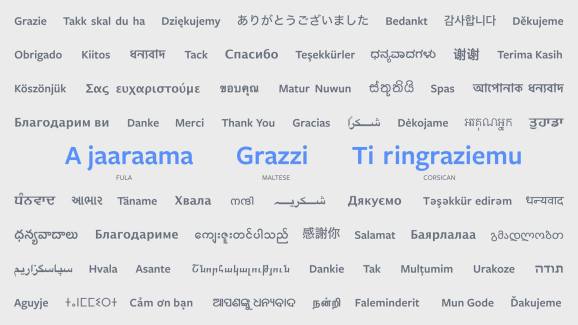 On the eve of International Translation Day, Facebook has added support for three new languages, making its social network available in 101 languages. Starting today, it’ll be available in Corsican, Maltese, and Fula, enabling the more than 1 billion people to be more comfortable with the service.

While it’s not usually a big deal that Facebook has launched a new language, this time it’s noteworthy because Corsican has been designated by the United Nations Educational, Scientific, and Cultural Organization (UNESCO) as one of the world’s languages in danger of no longer being used. By making it available on one of the world’s largest connected platforms, there might be hope for this language, and others, to flourish.

“So much is carried through language — tradition, culture, different opinions — it is vital to have these languages in danger represented on Facebook because it opens up communication and connectedness to more people,” the company said.

Since 2007, Facebook has offered users an app to translate the social network into languages they’re comfortable with, no longer forcing them to interact with people in English. The company has been leveraging help from a growing community interested in expanding the platform’s accessibility in other languages.

Facebook doesn’t show signs of slowing down either, saying that it now has 40 languages being translated, so it’s likely additional support will be included soon. The company said that if you’re interested in helping, you can download its Facebook Translate app.