PewDiePie is a host onto himself. As long as he can hold up a brofist, he’s a threat to take over any market he enters.

Developer Outermind’s new PewDiePie Tuber Simulator is the most downloaded game on the App Store for iPhone, according to data-tracking firm Sensor Tower. It launched earlier this week on both iOS and Android. The virtual pet-like app has players building up a YouTube empire just like Felix “PewDiePie” Kjellberg’s by making videos and buying upgrades that enable you to make even better videos. It’s a riff on the industry-simulation genre that developer Kairosoft popularized on mobile with hits like Game Dev Story.

The free app features microtransactions, and players are spending their money to expedite their path to digital YouTube success. Tuber Simulator is in the top 100 highest-grossing iPhone games in the United States, which means it is making a significant amount of revenue from the $36.6 billion mobile gaming industry. 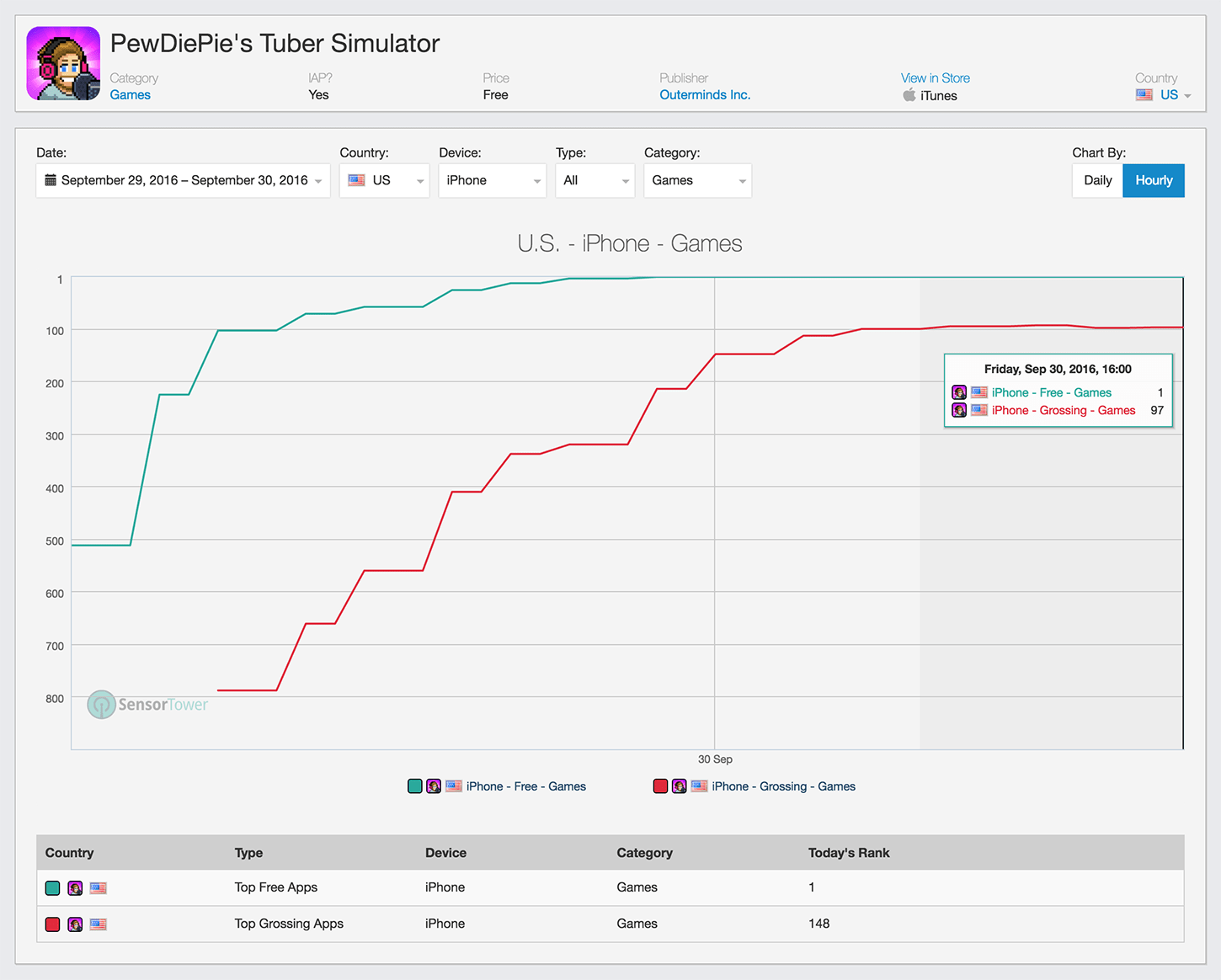 Above: PewDiePie is a force of nature.

PewDiePie is by far the most popular personality on YouTube. He has more subscribers than any other channel, and his videos regularly generate millions of views.

That kind of built-in community is a huge advantage for a mobile game developer trying to find an audience for a new app. Acquiring players is typically the most expensive aspect of running a game on smartphones and tablets, but a studio can mitigate that cost by bringing in a familiar brand that people are actively looking for. Glu Mobile, a successful publisher, established that strategy in 2014 with its Kim Kardashian: Hollywood game. With her massive, engaged following on social media, Kardashian was able to promote her game and bring in players.

Since then, companies have tried other celebrities similar to Kardashian — like Katy Perry and Britney Spears — but PewDiePie is having the most success since the star of E! television’s Keeping Up With the Kardashians.

To promote his game, PewDiePie naturally released a trailer on his YouTube page on Thursday. It got 1.65 million views in a single day. For comparison, the first video on the official YouTube page for developer SuperCell’s Clash Royale only has 1.3 million views. That’s a clear advantage for Outerminds and PewDiePie.