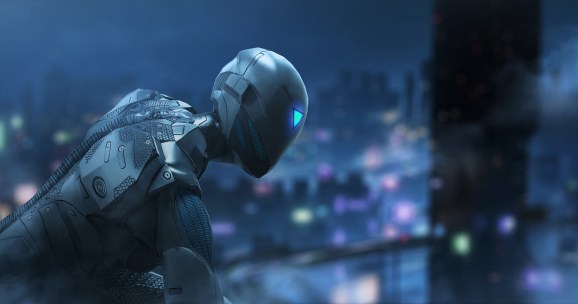 We often talk about when the “big” game developers will get into virtual reality. When will DICE bring Battlefield to Rift, or Naughty Dog do Uncharted on PlayStation VR? But did it occur to you that maybe VR’s biggest and best developers are already here? Maybe they’re the indies and one-person teams that have been committed to the tech from day one? The forging of new legacies is a far more exciting proposition than the extension of existing ones.

That’s what Upload wants to recognize with this list. Below are 11 developers that might not necessarily have started out in VR but have found their feet as a studio in this new field. We’re not talking your Insomniacs, High Voltages, or Phosphors, but the smaller or unproven teams that are already showing the potential of this new technology and have room to grow. To qualify, a studio must have released a game (sorry, Squanchtendo.)

What’s more exciting is that these are just a select few picks in a sea of new developers, and we’ve got plenty more to meet. Look out for these devs in the months and years to come; they’re going places.

I first encountered Turbo Button on the E3 2015 show floor, where it showcased a little Gear VR game in which you had to race a car while successfully replying to text messages. It was called SMS Racing, and ever since, I knew this team would be one to watch out for. It has since created one of VR’s first licensed games in Adventure Time: Magic Man’s Head Games and one of the wackiest puzzlers of recent years in Floor Plan. The people at Turbo Button create colorful, imaginative VR games that are unlike anything else we’ve played.

A lot of VR fans are starved for rock-solid single-player campaignsr. Psytec Games already offers two of those types of experiences. Its first VR project, Crystal Rift, is an enjoyable dungeon crawler, but its second game, Windlands, is the one that shines. Psytec made big, fearless game that hardcore gamers can really get to grips with. If it builds on that foundation, Psytec’s next projects should really be something to marvel at.

Anshar Wars 2 had the honor of being one of the few sequels that was already available around the time the Gear VR had its consumer launch. The team at OZWE had already been working on the series before then, so two games in the series were already out on the storefront. In doing so, the developer has helped define the space shooter genre — specifically for mobile VR — bringing excellent gameplay, tons of content, and one of the best multiplayer experiences for Samsung’s phone-powered HMD.

Developed: The Gallery Episode 1: Call of the Starseed

Working On: The Gallery Episode 2: Heart of the Emberstone and pursuing other projects

VR makes sense for the adventure genre, but no one’s capitalized on it quite like Cloudhead Games. The first episode in The Gallery series as a tantalizing tease of just how immersive the HTC Vive (and soon the Oculus Rift) can make first-person games, and its storytelling skills and production values are rarely matched right now. Plus, this is a trailblazing studio that added a room-scale teleporting system early on, a technique many are now using for their games. We look forward to seeing what the next installment of The Gallery will do.

Before VR came along, Owlchemy made some likable mobile games that were full of charm. Then VR came along and changed everything. They created Aaaaaculus! for VR based on its work on the skydiving game Aaaaa!, which was highly downloaded on mobile. Then the team became one of the first to work on the HTC Vive. The result was the hilarious Job Simulator, a game that recognizes the comedy value in letting players loose in virtual worlds. Owlchemy built some important interaction subsystems allowing it to follow that up with Rick and Morty: Virtual Rick-ality, which promises to instill just as many laughs.

Everyone is talking about how great VR could be for horror. But do you know who is actually making great VR horror already? Wolf & Wood Interactive. This U.K.-based developer got started with a brilliant technical demonstration for the genre on Cardboard with A Chair In The Room. That project then evolved into a full-blown HTC Vive release that’s unlike anything else available on the platform. If this small indie studio can make a launch game as intelligent and frightening as this, we’re expecting big things.

There’s a reason Survios is one of the first VR developers to make over $1 million in a month. It’s because the team has made one of the HTC Vive’s best games, Raw Data. The studio has compiled all of the best practices in VR development right now, establishing a few of its own in the process, to create the go-to action game for the platform. And it’s only in Early Access right now. Bring on the full release.

The developers of Island 359 originally started out at Phosphor Studios, making the excellent demo for The Brookhaven Experiment, which quickly became a favorite in the wave-based shooter genre. Now they’re working on realizing the dream that so many of us have associated with virtual reality; walking with dinosaurs. Or rather, fighting them. Even in an Early Access state Island 359 demonstrates CloudGate’s potential to be one of the leading action game developers for VR.

Working on: Overflight, The Heist

“Mobile VR, who cares about that?” you say with a laugh as you pull on your Oculus Rift. Well, actually, developers like SETAPP make us care a lot. This team’s first two Gear VR games, which include an atmospheric space trip in Escape Velocity and a mind-bending puzzler in Neverout, are some of the best experiences on the platform. Its next title, Overflight, looks set to deliver one of the best multiplayer games on the device too. These guys are proving that mobile platforms are nothing to sniff at.

Radial-G released earlier this year, and we liked it, if not being blown away by it. But since then Tammeka Games has shown unwavering commitment to its sci-fi racer, offering plenty of new updates that have dramatically improved the experience. Just this week it added weapons into the mix. If you want a great example of a developer giving its VR game great post-release support, then Tammeka is one of the better examples out there.