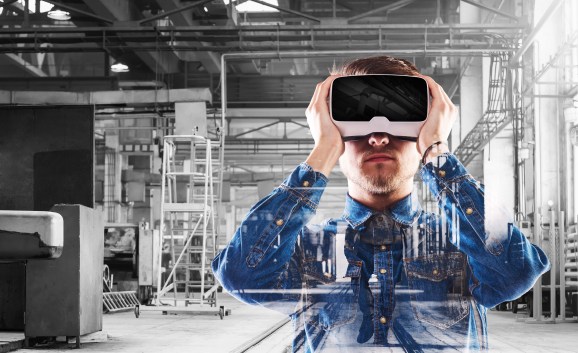 When Apple introduced the iPhone in 2007, it kicked off a booming tech ecosystem known as the app economy. And the app economy, in turn, generated hundreds of thousands of new jobs spanning design and development, project management, customer service, IT support, security, and even marketing.

Similarly, we can expect to see VR create a whole new job market. While the age of VR has just started, some of the biggest tech companies are already hiring VR hardware engineers, content/platform developers, and VR experience designers. This is the beginning of what will be a surge of VR positions. Here’s a look at the scope of jobs we can expect to see opening up:

Designers. VR designers will be a major category for the VR economy, spanning various types of videographers, producers, directors, and cinematographers. Working in a 360-degree format, tomorrow’s artists will also redefine other traditional “film roles,” creating new professions such as a “VR Scout,” the person tasked with investigating locations for real-world VR experiences.

Developers. Just as mobile presented new challenges to app developers, VR introduces its own set of constraints for developers and engineers. Tomorrow’s VR developer will need to ensure that VR experiences are device-agnostic in order to maximize viewership, balance the resolution quality of a piece of content with the amount of data it consumes, and ensure that the design of an experience reflects the natural ways people explore a new environment.

Technical artists. One of the most valuable roles in the VR market will be that of technical artist – the person who bridges the worlds of design and product development in order to create cohesive, beautiful, and engaging VR experiences. The most important thing the technical artist brings to the table is the ability to understand spatial design, VR’s changing standards, and the code that goes into creating an experience. This matrix of skills is needed to communicate effectively between teams, connecting not only internal VR developers with one another, but with their clients’ project teams across a variety of industries.

Social agent. Beyond designers and developers, the VR economy will influence the introduction of a variety of other roles, including VR project managers and marketing experts. These professionals will be tasked with ensuring that VR developers and the brands who hire them are able to make the best use of the technology. One role that will be vital for both project management and marketing is that of the VR social agent. As brands look to find new ways to leverage VR to engage consumer audiences, the VR social agent will be responsible for connecting brands with the content that impacts viewers – much like social influencers do across media platforms today.

Data scientists. As more brands look to integrate VR into their marketing, design, or engagement strategy, there will also be an increased need for the analytical insights that help these businesses track the impact of VR on their ROI. This is where VR business intelligence and data scientists will come into play. Compiling data on viewer engagement and translating it into application strategies for a business, this role will contribute to how we evolve the business use case for VR.

How the VR economy will change other industries

The adoption of VR will not just span the tech industry but will be integrated into the practices of a variety of other industries, from healthcare to real estate. With the growth of industry-specific VR, there will be a need for professionals with a working knowledge of VR design and development as well as specific subject matter expertise.

Industries where we can expect a high demand for these types of roles include:

Healthcare. Virtual reality could enable doctors and other healthcare professionals to simulate surgeries, explore injuries or ailments, and even conduct mental or psychological therapy treatments. To capitalize on this technology, “technical VR directors” will need a background in both VR development and medicine.

Education. Education is a huge market for VR, as it enables teachers and other administrators to open up the world in a whole new way. As schools look to invest in instructional VR experiences, we can expect to see specific content developers tasked with determining what level of interactivity will best enable users to become active learners.

Manufacturing/architecture. VR introduces a new design method for manufacturing, architecture, and other design-centric businesses. Being able to build a scale model of a new skyscraper and make adjustments in real time will be critical for businesses looking to efficiently manage a development process. Here, for example, a project manager who has a background in architectural design, and also an understanding of how to manage virtual environments, will be valuable in ensuring a project can easily move forward.

Military. VR can also be instrumental in creating new military strategy or training new recruits. Personnel who can become experts in creating training simulations in VR and who can leverage 360 video for monitoring specific areas will become valuable assets as they bridge the gap between the virtual world and the real one.

Customer service. As VR becomes a mainstream technology, there will be new opportunities to conduct customer service in a virtual space. Tomorrow’s customer service specialists will interact with customers in a near face-to-face manner. This will require an understanding of how to manipulate virtual environments to best support a conversation.

Journalism. Tomorrow’s journalist will be required to be an expert in capturing, editing, and broadcasting 360 coverage of breaking news.

As VR products continue to enter the market, the building blocks of the VR economy are already being established. With the rapid growth of a whole new market of jobs, we can expect the effects to shift how people think about careers in the tech market and also about how they choose to educate themselves in order to be the best candidate for a position in the VR economy.