GamesBeat: There’s maybe a silver lining to having gone through a difficult time.

Conn: I do think that — because of GamerGate — there’s been a stronger sense of community. People of color, queer people, other diverse gamers, they tend to be all in their own circles. People had to band together for their own safety and comfort. We realized that we’re all fighting for the same thing, for a place at the table. The conservative voices represent the voices saying, “No, it’s all fine how it is.”

GamesBeat: Do you see any similar progress in games themselves, in game design and game stories?

Conn: Totally. What I want to see in games — there are a couple of different ways to go about it. You can have queer themes in games. You can have characters who might be queer, but it’s not necessarily related to the stories they’re in. And then there’s multiplayer gaming, which is its own thing.

We’re seeing a lot more games like Last of Us and others that have … even Mortal Kombat has a gay character. It’s mentioned offhand for like two seconds. Raiden’s like, “Nope, doesn’t matter who you love.” OK, cool, great. This guy’s gay, it’s never brought up again, he’s still a badass, cool. We’re also seeing games like Undertale and others that actually have queer themes and queer characters, and it’s not just a passing thing. It’s dealt with in more detail, which is great.

Even when it comes to multiplayer games, if you were to go on Xbox Live five years ago and be openly gay in some way or be a woman — compared to what it would be like playing now, at least to me, it seems like it’s gotten a lot less.

GamesBeat: Playing Call of Duty, it used to be that I’d always mute the voices. Why would I ever want to turn the chatter on?

Conn: Right! I don’t think it’s necessarily a queer thing or a gender thing. It’s that we created an atmosphere where it’s like, it’s only for teenage boys, and if you don’t like it, tough. But what we’ve realized is that the game industry is literally everyone.

If you want to have your own private server and play with your friends, do what you want. But when you’re playing in public … you wouldn’t go to a pickup football game and start yelling the N-word at people. There’s a level of empathy you want, and thanks to things like how Riot Games has handled League of Legends and Blizzard has handled Overwatch, it seems like they’ve built a lot of their core tenets around how we should treat one another, the atmosphere they want to see in the game. It seems a lot more friendly.

Conn: Overwatch has a bunch of diversity in its characters — body types, a few of them are queer in their back stories. And people love Overwatch. It’s showing that you can have interesting diverse characters. To a lot of people, I think they’re afraid diversity has to mean really bad educational hooey. But you can pair the kind of interesting, diverse characters that make up the landscape of our world and also have fun, dynamic gameplay mechanics. You can combine that all and do great new things. 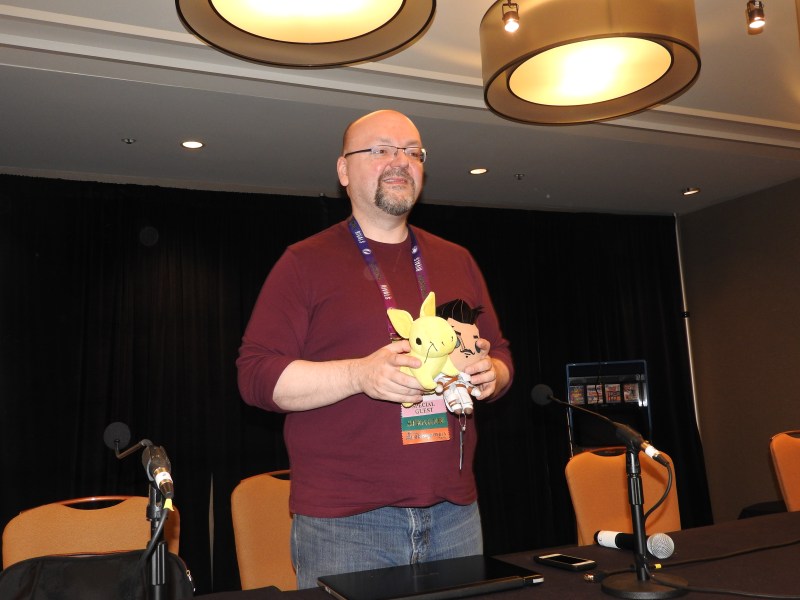 Above: David Gaider, an openly gay game developer at Beamdog. He formerly worked at BioWare.

GamesBeat: But we still see people getting irate on Fox News and elsewhere about whatever happens in BioWare games every so often.

Conn: It was interesting. David Gaider, the previous lead writer for Dragon Age, I met with him at Games for Change. I asked him how the newest Dragon Age did — if Electronic Arts did anything to try to limit them. And he says, at the end of the day, if you look at the sales of each Dragon Age compared to the last one, sales went up. Review scores went up.

A lot of these companies don’t really have any political stance. Whatever sells, it sells. What’s exciting is we’re showing that not only is this a cool idea, but there’s also a market for it. Queer people, women, people of color, anyone who didn’t necessarily feel welcome, they’re going to be more invested and spend more money. The majority of the market isn’t going to care one way or the other. The reactions will be either positive or neutral. I think it’s only a very small, albeit very loud, fraction of the internet that will say, “No, we have to fight. This is a war.”

GamesBeat: They can protest how they like, but they aren’t hurting anyone’s sales.

Conn: I don’t think so. If you look at the sales of our game, Read Only Memories, or Stardew Valley or Undertale or Last of Us or Dragon Age or Gone Home, they all have a bunch of queer content, and they’ve all sold very well. There have obviously been games with queer characters that haven’t sold well, but I don’t think that content is the reason. You can point to a lack of marketing or a lack of community. They’re losing a tiny fraction at worst because of that content, and they’re gaining probably makes up for it. 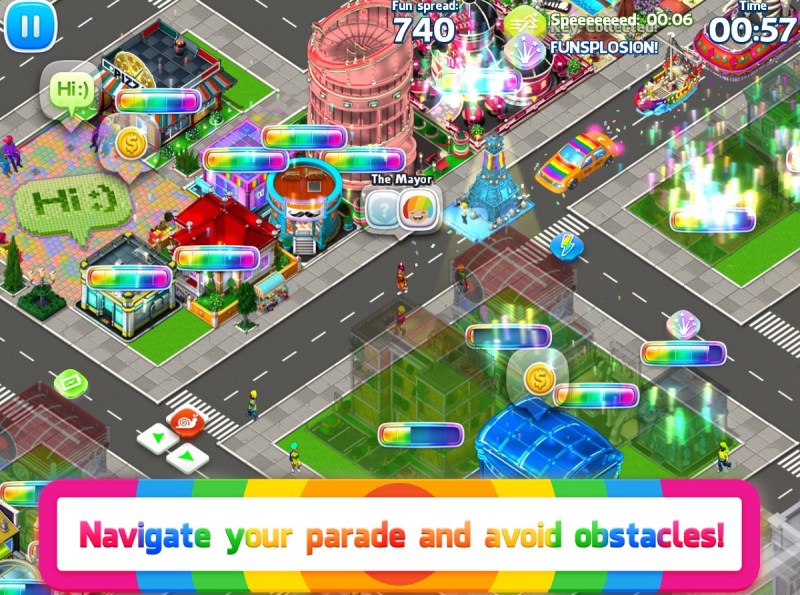 GamesBeat: What do you see as far as games targeting an LGBTQ market specifically — like the Pridefest game from Atari?

Conn: I’m not a huge fan of free-to-play games, so it’s hard for me to get super excited about it personally. I’ve met the people who are making it. They have great intentions. I hope it’s successful because the more we can show the market that these things are important, the better off we’ll be.

GamesBeat: It didn’t seem like it made as big an impact as they hoped.

Conn: I feel like there’s a missing step somewhere in there. There’s going to be a market for that, but I think we have to … I don’t think a lot of queer people know it exists. Because it’s a free-to-play game, a lot of the gaming community just writes it off. So if the gay community doesn’t know about it, and the gaming community doesn’t want it, it’s hard for them to find their niche. I’m glad they’re here, and I hope it does very well. I just think they’re having to cross the divide from casual gamers. This event is more hardcore in a way. I’d like to see more queer acceptance around more casual stuff as well.