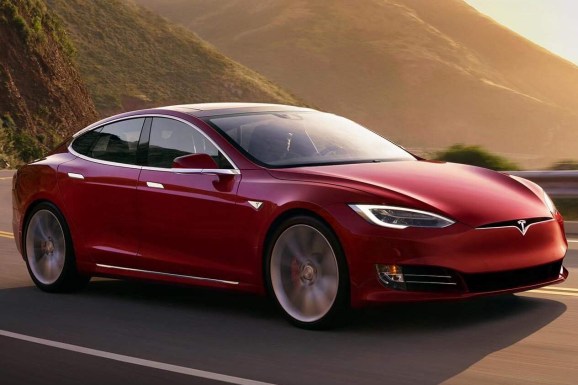 “Our Q3 delivery count should be viewed as slightly conservative, as we only count a car as delivered if it is transferred to the customer and all paperwork is correct,” Tesla said. In fact, 5,500 vehicles are currently in transit and will be counted in Q4.

As for production, the company is seeing an uptick in the number of vehicles being built, a 37 percent quarterly jump from 18,345 to 25,185.

For the last quarter of 2016, Tesla said it expects its deliveries and production to be “at or slightly above Q3” and maintains that it’ll have 50,000 vehicles by the end of the second half.

It was said that Q3 2016 would be the company’s “best ever,” but today’s announcement made no mention of that expectation. However, Tesla’s performance in Q3 is worth noting because of a letter its chief executive, Elon Musk, issued to employees in August. In the letter, he said:

For Musk, showing investors that there’s momentum at Tesla is particularly important as the company begins moving full steam ahead on a bevy of projects, including building out its Gigafactory, and the new Model 3 vehicle, which is geared for the masses — the company has already received more than $10 billion in orders.

To encourage orders for its electric vehicles, Tesla has pulled out practically all the stops, offering a two-year lease on Model S and X vehicles and even producing a new Model S sedan with a larger battery and faster acceleration.

The huge number of orders in Q3 is certainly good news for Tesla, perhaps showing that customers aren’t dissuaded by recent reports of accidents involving Tesla and its self-driving capabilities. Consumer demand could also send a positive signal to investors while the company is looking at adjacencies, such as its $2.6 billion purchase of SolarCity (another Musk company), which has received a “cool reception.”