Google’s biggest hardware event of the year kicks off at 9 a.m. Pacific (12 p.m. Eastern) on October 4, in San Francisco.

Rumor has it Google will unveil as many as six new products at the event — from “Pixel” smartphones to a full-fledged Amazon Echo competitor. We may even see Google’s first VR headset not made of cardboard. (So exciting!)

Here’s everything Google may, and may not, announce on Tuesday.

Google’s Nexus smartphone line is reportedly no more. Instead, we expect to see two Pixel phones — the Pixel and the Pixel XL — with branding borrowed from Google’s Pixel C Android tablet and discontinued (for now) Chromebook line.

Codenamed Sailfish and Marlin, the Pixel and Pixel XL reportedly feature 5-inch and 5.5-inch screens, respectively. Both phones are expected to feature 4GB of RAM, at least 32GB of storage (and possibly a 128GB option), an 8MP front camera, and a 12MP rear camera. The XL is said to ship with a higher-resolution display and a larger battery.

Above: Read more: This is the Google Pixel

While the Nexus line will be taking a backseat in 2016 — and the Pixels will sport the increasingly pervasive “G” logo, rather than the familiar Nexus branding — Google is not believed to have parted with its years-long strategy of calling in seasoned phone makers to build phones on its behalf. HTC is the maker behind the Pixels. (A report today from Android Police says that Huawei was originally supposed to make the Pixel, but talks fell through, apparently after Huawei chief executive Richard Yu responded negatively to Google’s desire to leave the device maker’s logo off the phone. HTC was plan B, according to the report.)

The shift to more Googley phone branding represented an opportunity for Google to turn phone-making into a completely first-party activity. But the company apparently passed on that opportunity, despite buying and then selling Motorola Mobility, and despite forming a hardware division under former Motorola president Rick Osterloh earlier this year. And Google discontinued its ambitious Ara modular smartphone initiative, which would have been Google’s first Google-branded smartphone.

The appearance of these new Google phones hasn’t exactly been a secret. For several months, rumors have suggested that they would be similar in shape to the iPhone. VentureBeat originally published images of the Pixel and Pixel XL last week, but even after that, Bell Canada leaked images and information about the phones on its website, and retailer Carphone Warehouse did something similar. Carrier Telstra also listed information about the Pixels on its website.

Google announced its dream of building an Android-powered virtual reality headset and controller during its annual Google I/O developer conference in May. We got a pretty good idea of how the Daydream mobile VR system works months ago, but we still don’t know what the final headset and controller looks like. Google will likely unveil its headset and set a launch date for the device on October 4. The company may also announce more partners — although we already know some of the game publishers and phone makers involved.

While Google has played a key role in making VR accessible, with its virtually free Cardboard headsets, Daydream represents the company’s first serious attempt at creating a high-quality VR ecosystem. This is a big deal for Google, Oculus, HTC, and the rest of the players in the nascent VR industry. 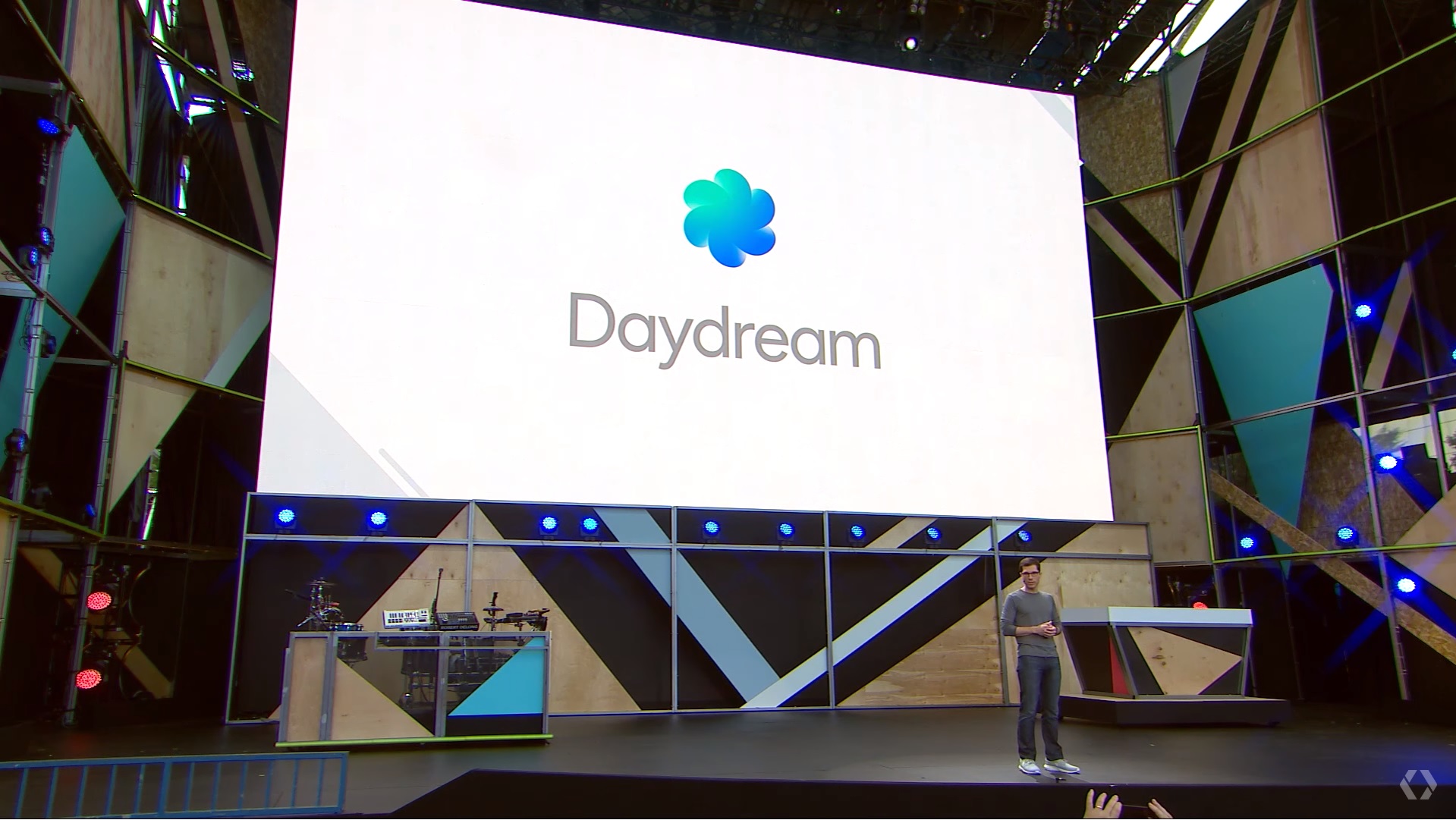 Above: Google VR head Clay Bavor talks about Google Daydream at the Google I/O developer conference in Mountain View, California, in May 2016.

For months, Google has been letting developers get a taste of what it will be like to develop for Daydream hardware; the official example uses a Huawei-built Nexus 6P for the Daydream phone and the LG-built Nexus 5X for a virtual controller. Once the actual first-party hardware is unveiled, that will surely become the reference architecture for the next year or more.

It’s not clear if Google will name Daydream-compatible phones, although the Pixel phones would not be bad choices to begin with.

A report today from Variety, citing an unnamed source, says the headset could cost as little as $79. At that price, it would undercut Samsung’s Gear VR — which only works with certain Samsung phones — by $20.

In May, Google revealed its answer to Amazon’s Echo smart speaker: the Google Home. The Echo, powered by Amazon’s Alexa voice assistant, turned out to be a surprise hit last year. (Although, let’s get real: We have no idea how popular the device actually is, because Amazon won’t tell anyone.) The Home, for its part, will be powered by the Google Assistant, which is already embedded in the recently released Google Allo messaging app. We expect Google to officially announce its plans for Home tomorrow. It will cost $129, according to Android Police.

Google Home, by the way, totally looks like this water kettle. 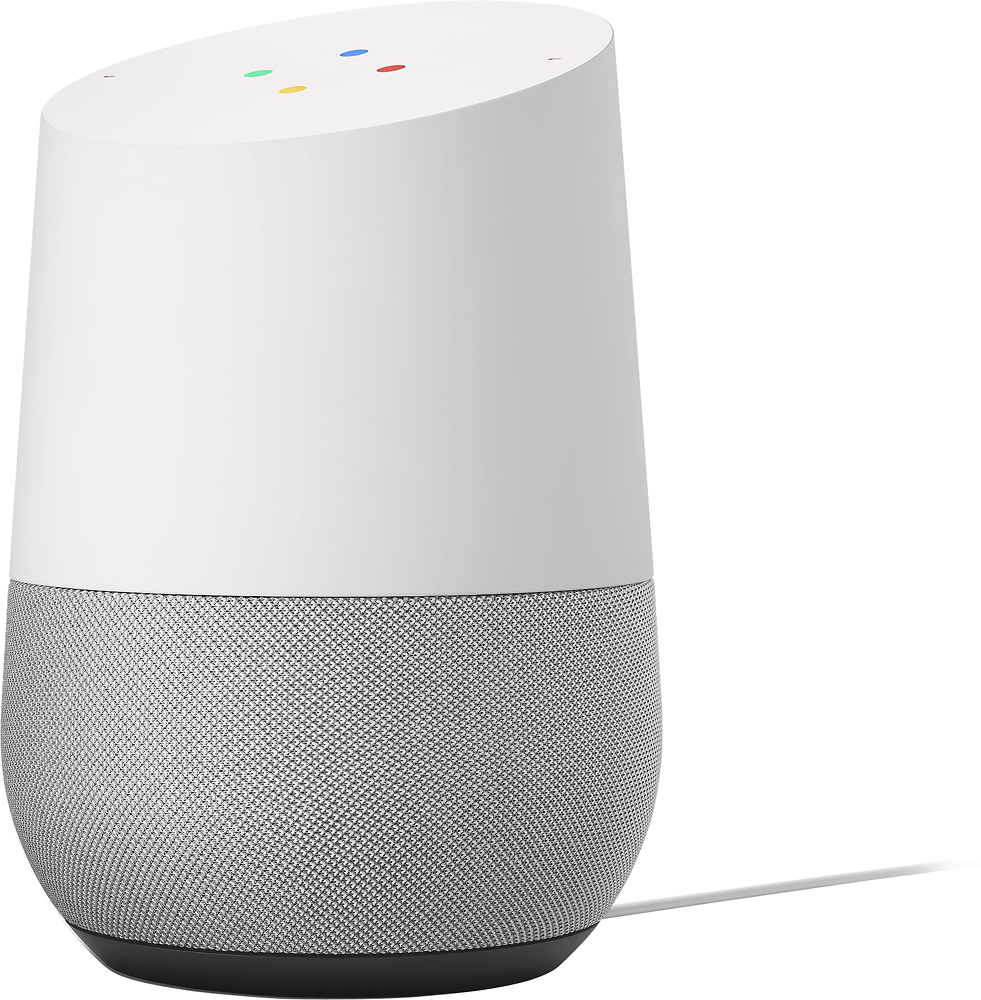 Above: A retail image of Google Home, courtesy of Evan Blass.

On a more serious note, it looks like users will be able to control the Home from a Google Home mobile app.

Additionally, the Home could have a lot of partners at launch. One of them will be Samsung-owned SmartThings, Android Police reported last week.

At the event tomorrow, Google is also expected to unveil the Chromecast Ultra — a higher-end streaming dongle capable of streaming 4K video. In other words, this will be a considerable upgrade from the original Chromecast from 2013, and even from the Chromecast 2 and Chromecast Audio from last year. The new device is expected to be sold alongside, rather than in place of, the existing $35 Chromecast, and it will feature Google’s “G” logomark instead of the Chromecast logo. 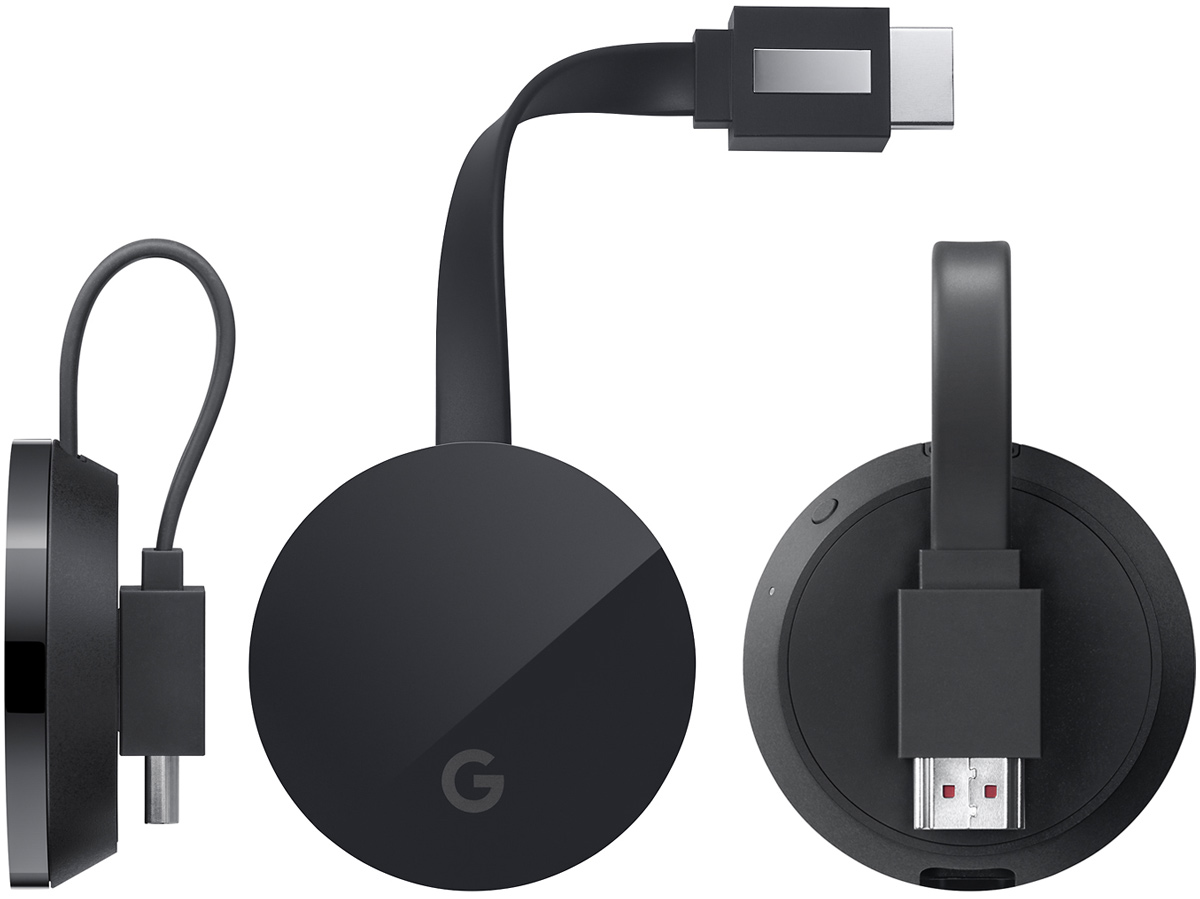 Above: Read more: This is the 4K Google Chromecast Ultra

The new dongle will cost $69, according to Android Police.

Google is also expected to launch a $129 Wi-Fi router, on top of everything else. These devices follow the 2015 release of Google’s line of third-party OnHub routers.

But the difference is that this will apparently be a first-party device that will fill an important early spot in the Google-branded hardware lineup. And from a technical standpoint, these are apparently designed to work in a group, distributed around the home in order to create a mesh network. This would be just like hot startup Eero’s routers.

The appearance and specifications of Google Wi-Fi are not yet known.

It was predictable that Google would announce new phones and a Chromecast at its 2016 hardware event, and Google first announced the Google Home and Daydream a few months ago. A Wi-Fi router was not expected.

But the biggest surprise of the event will probably be the introduction of a so-called Andromeda operating system from Google. If Android Police’s reporting on Andromeda is correct, the OS will represent Google’s execution on its plan to combine Android and Chrome OS, as first reported last year by the Wall Street Journal.

Android Police said Google has been working on a “Pixel 3” (a.k.a. Bison) laptop that would be the first device to show off Andromeda. The current version of the laptop is thinner than 10mm and has a 12.3-inch display. It’s carrying an Intel Core m3 or Core i5 chip, 32GB or 128GB of storage, and 8GB or 16GB of RAM, along with four microphones, two USB-C ports, a fingerprint scanner, a backlit keyboard, stylus support, and a 10-hour battery. It is expected to have a base price of $799 and a release in the third quarter of next year, according to Android Police.

Google is also looking to launch a Nexus-branded tablet, made by Huawei, that’s capable of running Andromeda, according to 9to5Google.

There’s no guarantee that Google will show or even mention these new devices on October 4. But the mere mention of a new Google operating system that would be more powerful than Android or Chrome OS — or both — would legitimately live up to the bold tweet from Hiroshi Lockheimer, senior vice president of Android, Chrome OS, and Google Play at Google, when he said that people would be talking about October 4, 2016, eight years from now.

We’ll see about that!