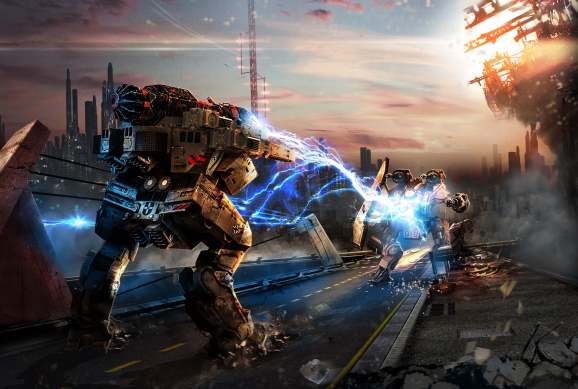 If the Cold War had gone differently, Russia would probably already have a reserve of walking tanks. Instead, our somewhat more peaceful reality will have to settle for mobile games about mechanized combat robots.

Mail.Ru, one of Russia’s top internet companies, has acquired developer Pixonic for $30 million. The studio’s War Robots, a strategy game featuring legged combat vehicles for iOS and Android, is a major hit in globally. With a purchase like this, Mail.Ru can now access a major new audience that is spending money on free-to-play apps in the $36.6 billion mobile-gaming industry — especially in the United States where War Robots generates the bulk of its revenues.

Russia is a growing market for game spending. The country never really adopted consoles, but it is one of the most important regions for free-to-play spending on microtransactions for PC games. That has made the team-tank shooter World of Tanks a mammoth success. But while Mail.Ru has also found success in that country publishing games, it is looking for more worldwide appeal and War Robots can deliver that.

Pixonic chief executive Philipp Gladkov and chief operating officer Igor Klyukin took over the Moscow-based studio in 2013 and then oversaw the launch of War Robots in 2014. That game is out worldwide, and it makes enough money to put Pixonic at No. 8 in terms of revenues among Russian-region publishers, according to a report from intelligence firm App Annie. The studio is also on pace to continue growing through the end of the year.

“We are pleased that we signed up to one of the strongest teams of developers of mobile games in the world,” Mail.Ru chief executive and cofounder Dmitry Grishin said in a canned statement. “We are confident that the merger will strengthen the international trend of mobile development and publishing, and together we will make the company even more successful games in the world market.”

With this partnership, Pixonic can continue to develop War Robots while Mail.Ru markets the game to its massive Russian user base. That could significantly amplify the game’s growth. But both companies also want to expand well beyond Russia with their products.

“The teams Pixonic and Mail.Ru Group have a common vision of the development of mobile games in the world market, and we are pleased to be able to combine our capabilities and expertise,” Gladkov said in a statement. “I am confident that together we will not only increase the audience War Robots, but also release a new hit songs.”

Corrected at 11:15 a.m. October 3: This story originally claimed War Robots performed best in Russia. That is not accurate. It makes most of its revenue from the U.S. I’ve corrected the text, and I apologize for the error.