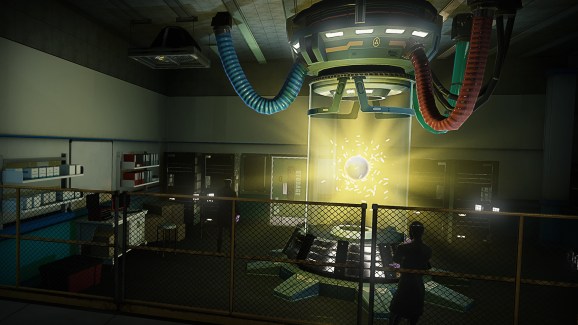 Developer nDreams announced today that its story-based virtual reality game The Assembly will launch on PlayStation 4 with PlayStation VR on October 13. It’ll be available digitally for $30. Sony is the first major console maker to get into the modern VR game. With analysts predicting that the VR market could generate as much as $40 billion in revenues by 2020, Sony has a great opportunity here. But it’ll need compelling software to sell consumers on VR.

The U.K.-based nDreams actually has a long history with the PlayStation brand. It helped create PlayStation Home, a virtual world where players could walk around as avatars of themselves and interact with others through chatting or playing games, for the PlayStation 3. PlayStation Home, despite its ambitions, never caught on with a huge audience, but it was around from 2008 to 2015.

“The Assembly is an immersive, interactive story in first-person VR inspired by real-world anxieties,” nDreams explains in a press release sent to GamesBeat. “The game centers around the eponymous Assembly, an enigmatic collective that has hidden itself from the world so as to conduct its experiments outside the constraints of government scrutiny and society’s morals. But what secrets is it hiding? What will it sacrifice in the name of progress? That’s for players to discover by taking on the role of two different protagonists, who both have the chance to shake the foundations of this mysterious organisation.”

The Assembly is already available for the Oculus Rift and HTC Vive.