Apple has a new App Store, and it is helping at least one game find renewed interest from mobile gamers.

Zynga’s Words With Friends app experienced 74 percent growth in downloads the week of September 12 compared to the prior 7-day period thanks to the debut of iOS 10, according to intelligence firm Sensor Tower. In the latest revision of its mobile operating system, Apple introduced the App Store for iMessage that enables developers to release apps with full integration with the iPhone messaging platform. Zynga jumped on that opportunity, and that resulted in big growth for the game.

By appearing in the App Store for iMessage, iOS 10 users can start matches and chat about them with their friends. Other developers are using this new feature to introduce GIFs and sticker packs to iMessage. The JibJab app that enables iPhone users to create their own animated stickers saw an enormous jump in downloads of 1,583 percent once the iMessage integration went live.

Words With Friends, meanwhile, benefited from jumping on this new App Store early because it is one of the few games to do so. 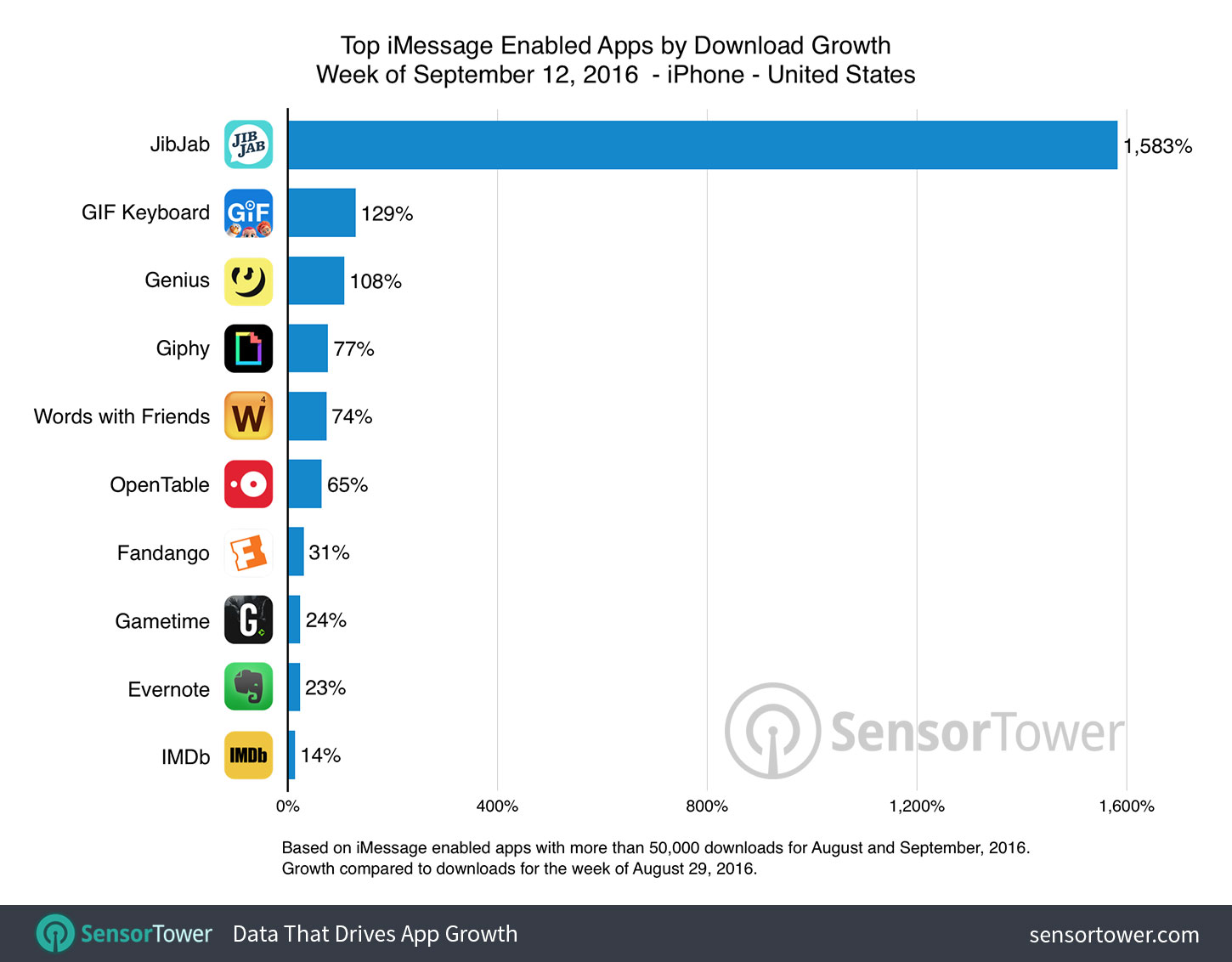 “The top five was rounded out by Zynga’s Words With Friends, the classic word building game,” Sensor Tower head of mobile insights Randy Nelson wrote in a blog. “[It] received heavy featuring from Apple as one of the first gaming titles — and the only in our top 10 — to feature direct iMessage integration.”

This shows that Zynga is still looking for fresh ways to stay competitive and relevant on mobile. Words With Friends debuted in 2009, and it is still one of Zynga’s most important properties as it represent a significant portion of the company’s monthly active players. iMessage support is an example of how the publisher is working to bring in new players. And considering that paid off, it’s likely that Zynga may do the same with more games in the future.