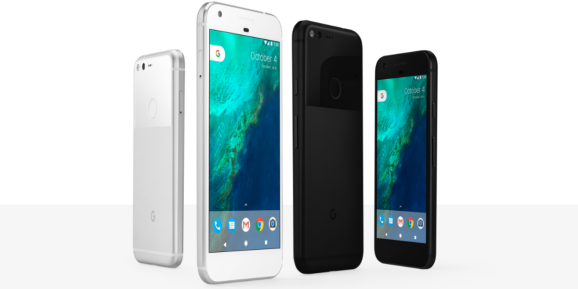 At its “October 4 hardware event” in San Francisco today, Google announced the Pixel and Pixel XL, succeeding the Nexus 5X and Nexus 6P respectively. The company calls the Pixels its first phones “designed inside and out by Google,” but for our intents and purposes, let’s just agree they’re rebranded Nexus phones.

Preorders begin today, and the devices will begin shipping on October 20. Before you get your credit card out, and assuming you’re not into Apple’s iPhone 7 and iPhone 7 Plus, you might want to see what exactly you’re getting with the latest Android offerings. The tables below show you what Google changed, comparing the Nexus 5X to the Pixel and the Nexus 6P to the Pixel XL.

And now for the phablet — is that still a term worth using? — comparison:

In short, both phones are smaller and thus lighter than their predecessors, but also much more expensive. If you’re coming from the Nexus 5X, you’re actually getting the bigger upgrade but paying significantly more. If you’re upgrading from the Nexus 6P, you’re getting a little bit more and paying so accordingly.