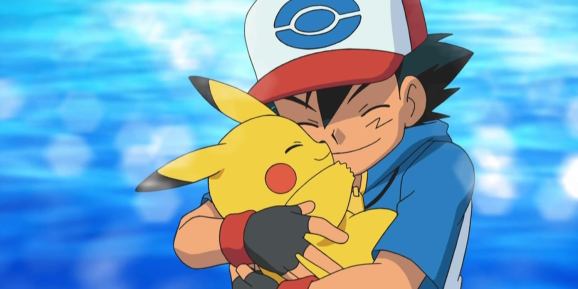 Pikachu needed a quick rest at a PokéCenter, and now he’s already returned to dominating his mobile gaming competition.

Pokémon Go is once again the top-grossing iPhone game in the United States, according to data from Sensor Tower and App Annie. The Google Maps-powered augmented reality experience has players tracking down digital monsters along the streets and walking paths in the real world. After debuting in July, the game immediately destroyed records for the fastest app to 500 million installs and $500 million dollars. After falling to as low as No. 4 on the highest-grossing iPhone games in the U.S. on September 29, Pokémon Go has climbed back over head-to-head strategy battler Clash Royale and city-building combat apps Game of War and Mobile Strike to reclaim the No. 1 spot. A resurgence like this suggests that the game has settled into a plateau alongside those other lucrative properties in the $36.6 billion mobile gaming industry. Niantic has not release any major updates, so it’s difficult to point to any reason why the game is floating back to the top other than the natural ebb and flow of the player spending.

In addition to the United States, Pokémon Go is still making more revenue than any other iPhone app in 15 other countries. Those include crucial markets like Canada and the United Kingdom as well as emerging regions like the Philippines. But while the its still getting players around the world to spend their cash, it is still faltering in a few spots. Most notably, Pokémon Go is only the No. 5 highest-grossing iPhone game in Japan. It is behind the messaging app Line and adventure game Shadowverse as well as Monster Strike and Puzzle & Dragons, which are the same games that have dominated Japan’s mobile-gaming sector since 2012. Alongside China and the U.S., Japan is one of the three biggest markets for spending on mobile games in the world, but most of that money has always gone to just Monster Strike and Puzzle & Dragons. Even something like Pokémon Go is struggling to change that stagnation.

Back in the U.S., Pokémon Go doesn’t top the Google Play Android app store. It is still No. 3 behind MZ’s Mobile Strike and Game of War.

Finally, developer Niantic still hasn’t launched the game in China or South Korea due to complications with how Google services work (or don’t work) in those countries. China is No.1 for mobile spending and South Korea is No. 4. The Pokémon Company that owns and controls the property has explicitly told Wall Street Journal that it wants to get the game into those territories. That untapped potential represents far more revenue than the difference between the third and first spots on the app store in the U.S. If Niantic can get the game working in China and South Korea, that could multiply the game’s revenues.