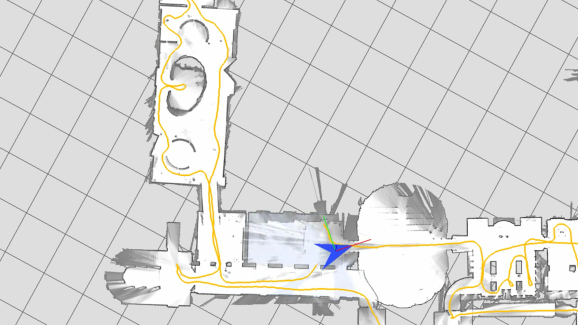 Google today said that it’s open-sourced Cartographer, a library for mapping movement in space in both 2D and 3D. the technology works with the open source Robot Operating System (ROS), which makes the software easier to deploy in software systems for robots, self-driving cars, and drones.

Cartographer is an implementation of simultaneous localization and mapping, better known by its acronym SLAM. But it’s not the only open source SLAM library; there are plenty others, like hector_slam. Proprietary alternatives are also available; for example, Apple recently acquired one company with SLAM software, Flyby Media. But this is Google we’re talking about — Google, the company with self-driving cars that have already driven more than 2 million miles without human control.

“Our focus is on advancing and democratizing SLAM as a technology,” Googlers Damon Kohler, Wolfgang Hess, and Holger Rapp wrote in a blog post. “Currently, Cartographer is heavily focused on LIDAR SLAM. Through continued development and community contributions, we hope to add both support for more sensors and platforms as well as new features, such as lifelong mapping and localizing in a pre-existing map.”

Google regularly open-sources software, as do Facebook, LinkedIn, and Microsoft, among others. But this move may help Google bring in more people who are skilled in SLAM as the company continues to build out its Tango augmented reality system and its self-driving cars.