Level Ex is announcing today that it will enable doctors to practice surgery in a realistic 3D virtual surgery mobile app.

The app shows how much progress mobile technology has made in being able to show realistic graphics. And it also recognizes that doctors have few options for honing their surgical skills in a safe and realistic setting. Cutting-edge video game technology could thus prove very useful in medicine.

The Chicago company was founded by Sam Glassenberg, former CEO of Funtactix, which was acquired by Playtech in May. Research has shown that a surgeon’s first hundred procedures are far worse than their next hundred. Technology may help fill the gaps between cadavers and real-life surgeries.

The app allows doctors to experience the range of motion of medical devices, life-like fluids and bleeding, realistic properties of disease tissues, dynamic vital signs, and more. In the free app, physicians can practice rare and difficult cases and earn training credits.

The company has united award-winning game developers with expert surgeons from leading academic hospitals to create mobile apps that feature challenging and rare patient cases that physicians can explore in a responsive and realistic environment. 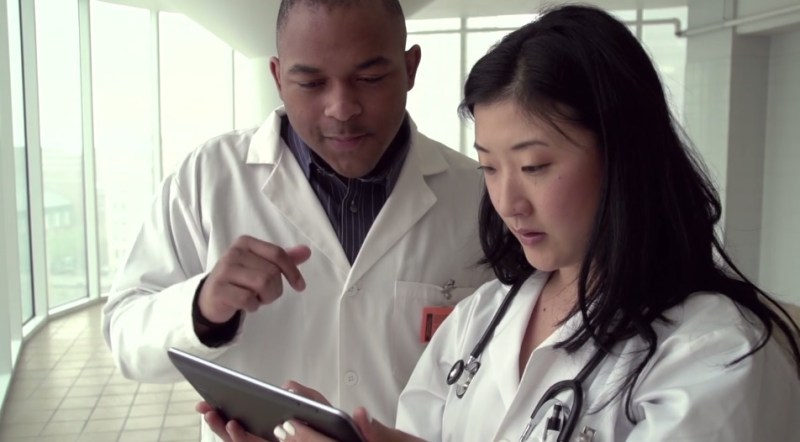 Level Ex’s first mobile application, Airway EX, is in beta testing and is available for free in the iTunes App Store and on Android. The app gives physicians the opportunity to tackle difficult airway cases that they encounter in their day-to-day practice of medicine. Airway EX is designed for anesthesiologists, otolaryngologists, critical care specialists, emergency medicine physicians, and pulmonologists.

“Despite growing up in a family of physicians, I chose a career in video games. But when I saw the simulation technology currently employed for surgical training, it became abundantly clear that the video game industry is at least a decade ahead of medical simulation when it comes to technology, distribution, and business models,” said Glassenberg, in a statement. “Level Ex was created to close that gap and arm physicians with a new approach to learning, without the use of an academic sim center. Our success means the proliferation of best practices among an ecosystem of more confident doctors, who are better-prepared for the rare and unexpected [situations] that arise in surgery.”

“There are only so many hours for training and perfecting your skills outside of seeing patients,” said Errol Gordon, MD, director of Neuro ICU at Mount Sinai Hospital, in a statement. “Level EX addresses roadblocks that hold physicians back by offering an easy-to-use, realistic mobile application that provides them with an edge in learning procedures through detailed patient scenarios. The use of the application enables physicians at all levels to maximize learning and improve surgical outcomes.”

Glassenberg led the Emmy-Award winning DirectX team that developed the graphics technology behind Microsoft’s video game consoles and gaming applications. The idea for Level Ex arose after Glassenberg created a prototype virtual surgery airway app that rallied an audience of more than 100,000 users.

Airway Ex will launch a version of the app for Android in early October. In 2017, Level Ex will continue to roll out mobile applications in numerous specialty areas, including gastroenterology, cardiology, and orthopedic surgery.

The company has raised $2.15 million in an initial seed round led by Jazz Venture Partners, a San Francisco-based venture firm with portfolio companies focused on neuroscience and human performance, and the Pritzker Group. Level Ex has 20 employees.