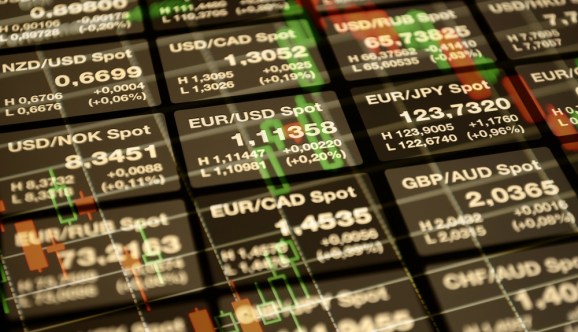 Founded in 2005, New York-based Payoneer’s platform serves to help businesses around the world make and receive payments in their own currency. It includes additional services such as regulatory compliance, tax-form automation, and risk monitoring and basically joins the dots between countries, companies, and currencies, making the process of trading internationally easier and cheaper.

Payoneer’s rivals in the payments space include heavyweights such as PayPal, while startups such as Tipalti have also joined the mix. Elsewhere, London-based TransferWise has made a name for itself in the money transfer realm, focusing on helping consumers move money abroad on the cheap. But Payoneer’s real competition comes from the big global banks, a spokesperson told VentureBeat, with the majority of international payments “still carried out via paper check and international money orders.”

With a focus on B2B, Payoneer has managed to nab itself some big-name clients, including Google, Amazon, and Airbnb, and it will now look to cement its burgeoning reputation in the global payments space. The company had raised around $90 million before now, so this latest cash influx essentially triples the amount of funding Payoneer has raised since its inception 11 years ago. When probed as to how much it’s being valued at, CEO Scott Galit remained tight-lipped, but he did reveal that the company has been profitable for three years and garners more than $100 million in revenue each year.

We’re told that the company will use its fresh capital to “accelerate global growth and to enhance an already strong and debt-free balance sheet.” The money could also be used for what Payoneer calls “potential inorganic growth,” meaning it may acquire other companies. Payoneer actually made its first acquisition earlier this year when it snapped up Escrow service Armor Payments, so it’s clear that acquisitions are already on its roadmap.

“We’ll be using the money to support our long-term growth strategy, which includes a few key elements,” Galit told VentureBeat. “As much as we’ve accomplished already, we think we’re still in the very early stages of building a platform to help address the challenges of SMEs and digital businesses looking to grow globally, so we are in the process of more than doubling [our] technology and product teams to enable us to accelerate new product introductions. And like we did with our acquisition of Armor Payments earlier this year, we also see acquisitions as a way to more quickly address customer needs.”

At the time of writing, Payoneer claims 579 employees around the world, with two-thirds of those working in Europe, the Middle East, and Africa (EMEA), a fifth in the U.S., and around 15 percent in Asia. Moving forward, Galit says it will accelerate its investment in local offices in key markets around the world, including key hubs in India, the Philippines, and Japan, which opened earlier this year.

“We have been watching Payoneer’s rapid growth for several years and have appreciated their ability to execute a unique business strategy aimed at empowering SMEs and leading digital platforms around the world to reduce the friction they face sending and receiving global payments,” added Woody Marshall, general partner of TCV.