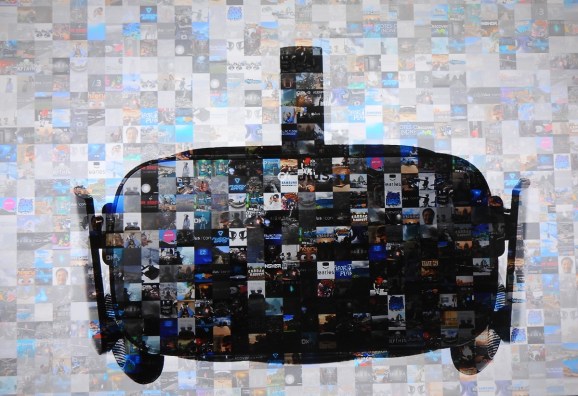 Oculus Rift is just the start of the VR marketplace.

The new minimum specs for getting into virtual reality are more reasonable than ever before, and that means the overall price has dropped to get into this space.

Oculus VR introduced a $499 “Oculus-ready” machine during a presentation at its developer summit today. This new rig from hardware vendor CyberpowerPC features AMD graphics, and it meets a new set of minimum requirements. Oculus engineers were able to drop the horsepower you need to run VR thanks to a new technology called asynchronous spacewarp that is able to make a game running at 45 frames per second (too low for comfortable gameplay in a head-mounted display) and make it look like it is 90 frames per second.

By dropping the price, Oculus is lowering the overall barrier to entry for PC virtual reality, and that could fuel the sector’s growth through the next several months.

“PC VR has never been so affordable,” Oculus chief executive Brendan Iribe said on stageat the Oculus Connect developer conference. “[$500 is] half the cost that we introduced PC VR at last year.”

This low price is possible because Oculus was able to come up with that asynchronous spacewarp. VR games already use a number of visual tricks, like asynchronous timewarp, to lower the computing power required to render 3D scenes. Timewarp provided a way for games to render at lower resolutions and then provide smooth-looking visuals through an algorithm. Spacewarp is similar, but it actually rebuilds entire frames by taking information from the last two and reproducing an image that is the average of each.

With spacewarp, video cards need to render nearly half as many frames per second as without that technology. This means that Oculus was able to reveal even lower minimum specs:

Previously, you needed at least an Nvidia GeForce GTX 970 graphics card and an Intel i5-4590 to run Rift games. That adds another $200 to the price at least.

So Oculus is making major strides forward in terms of affordability, which is one of its biggest hurdles to success. This is also crucial as Sony is preparing to launch the $500 PSVR headset for its $300 PlayStation 4. With that competition on the market, PC VR will need breakthroughs like asynchronous spacewarp to stay competitive.