Oculus has its own app store, but the company believes “the web is going to be one of the easiest ways to develop and share” VR experiences.

Today Oculus announced a VR Web browser called Carmel and the company’s vision of the “VR Web.” Oculus also teased the tech it believes will power this so-called VR Web — React VR. The company shared the news during its Connect conference in San Francisco.

Oculus’ pitch for the VR Web mirrors the classic pitch for the open web — “No installs, no long downloads,” and “your audience includes anyone with a laptop or a phone.”

“Everyone in the future is going to have their own VR [destination] on the web,” Oculus cofounder Nate Mitchell said on stage to developers.

Mitchell demoed a few of the “simple” VR experiences he anticipates developers will want to build, including simple Photo Spheres: 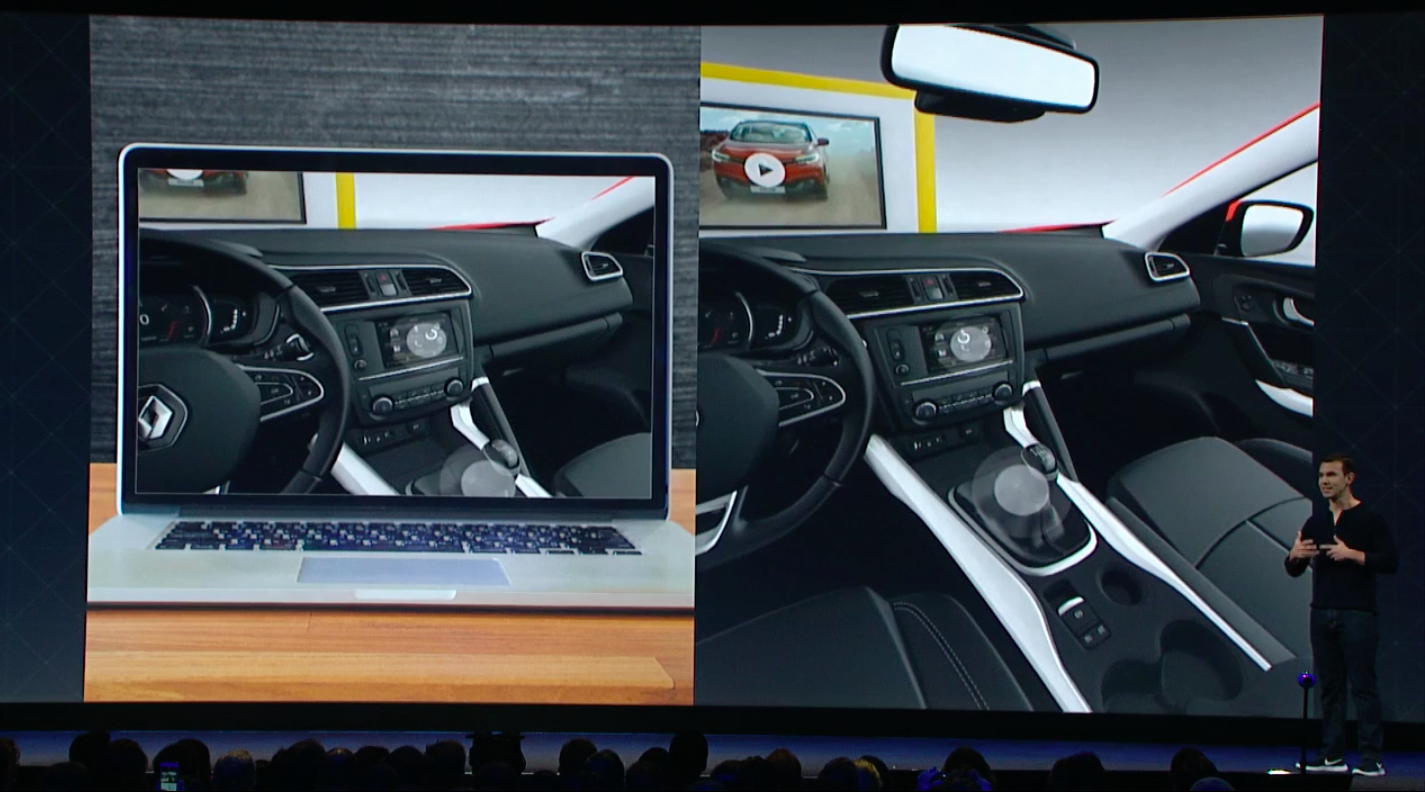 While Oculus hardly shared any real details about the Carmel browser, which is currently in development, its mere existence reflects one of the ways the company believes virtual reality can become mainstream.

We can see Facebook’s fingerprints all over this strategy.