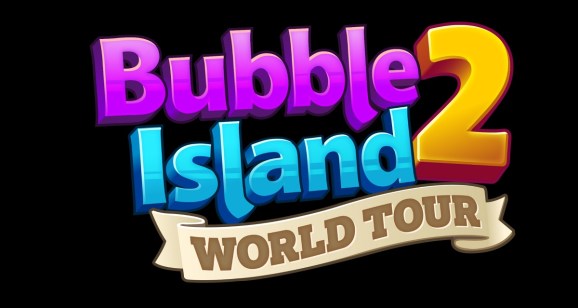 Wooga likes to handcraft its mobile games. So it’s a relatively rare event when it launches a new one. Today the Berlin-based company is announcing the launch of Bubble Island 2: World Tour, a zany bubble-shooter game with crazy physics. 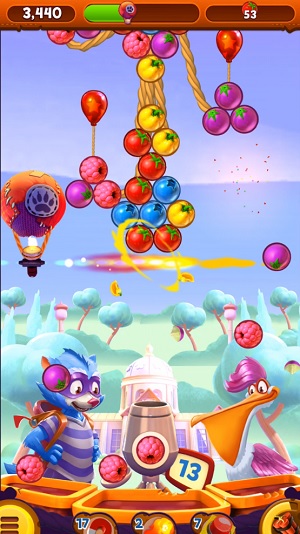 The iOS and Android mobile game is based on Wooga’s original Bubble Island game from 2010. That was a Facebook social game that had more than 90 million players.

“We’re now using the brand to do another bubble shooter with innovations in gameplay,” said Jens Begemann, the CEO of Wooga, in an exclusive interview with GamesBeat. “Bubble-shooter gameplay has been essentially unchanged since Puzzle Bobble came out in 1994. We are changing that.”

Game boards are usually static, and if you do a bad shot in a bubble shooter, it’s pretty punishing, Begemann said. In Bubble Island 2, the bubbles move around on the screen. If you hit and disconnect two chains of bubbles, they will swing and impact other bubbles in a more dynamic experience, he said. The game follows the adventures of Rico, a raccoon, as he travels across the globe and meets a variety of characters.

Not every player will appreciate this kind of innovation. But Wooga knows its casual games. Begemann said that the company, which has 250 employees, recently decided to double down on three particular genres in casual games. (Wooga recently laid off 40 employees, including the division that created Wooga’s first hardcore strategy game. That Black Anvil Games division recently published Warlords, but Wooga won’t follow that one up with more strategy titles.)

One focus is on casual puzzle games, like Bubble Island 2. Wooga makes casual simulation games such as farming or city-building games. And it still makes hidden-object games such as Criminal Case and Pearl’s Peril.

“The team here at Wooga have introduced some really exciting new mechanics to the bubble-shooter genre with Bubble Island 2: World Tour,” Matt Roberts, the head of Puzzle Studio at Wooga, said in a statement.  “The introduction of physics makes this a totally new way to play, and we hope that players enjoy journeying across the globe with Rico.”

In about seven fast-paced years, Wooga has already lived through four “eras,” according to Begemann. The first was social games on Facebook, back when the company started in 2009. It converted to mobile games with Diamond Dash in its second era. In its third era, it expanded in 2014 and 2015 to “almost every genre possible,” Begemann said. And now the company has refocused on its key casual audiences.

In the past, Wooga used to start with tons of prototypes. As it whittled down the ideas, it eliminated the weaker ideas and published a couple of games a year. The company still has that filter, but now it starts with fewer prototypes, Begemann said.

As for the mobile games market, he said, it’s “extremely competitive now. It has become very professional. To be competitive in this market, you need to have a certain area of focus where you are better than others. In our case, that is the casual game genres. As for the future, I think we will see strong consolidation in the mobile games market.”