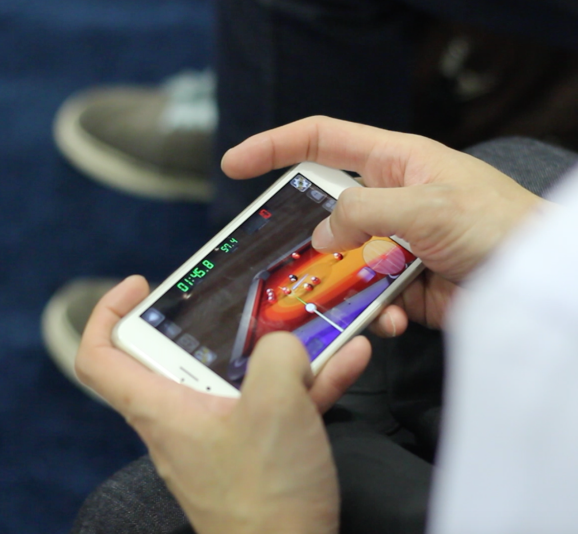 Competitive gaming isn’t just for the most passionate gamers.

Skillz is a company that adds esports features such as tournaments and rankings to mobile games, and it claims these can dramatically increase the amount of time and money people spend on an app. Esports is growing into a big business at $493 million. However, mobile can still take advantage of the growing hunger for competitive gaming. Skills told GamesBeat that its developer partners have seen average revenue per daily active user (ARPDAU) numbers of $0.92, eight times higher than what Skillz says is the industry average of $0.11.

Integrating esports-friendly features can be difficult for teams with limited resources, which is where Skillz steps in by offering customizable options for things like tournaments, league functions, and prize pools.

“What we’re doing is democratizing esports,” Skillz chief executive officer Andrew Paradise told GamesBeat. “We think about that in two ways. Our tagline is ‘esports for everyone.’ That means esports for all developers. Any game can potentially become the next esports. But it also means esports for all players. Players can access esports in any game they play. They have a clear progression and ladder system to understand how to become a top player.”

Skillz has also noted that players spend an average of 58 minutes a day playing on its competitive gaming platform, compared to the 33 minute casual mobile gaming industry average. It also gives developers a new way to earn money.

“One big thing that happened in mobile, a holdover from social web and the Facebook era, is that a lot of games developed into a pay-to-win monetization model,” Paradise told GamesBeat. “Developers were building games where people could spend to win the game, which inherently negates competition. The thing that’s powerful about Skillz is that we’re a pay-to-play model. People pay to compete at the highest levels on our platform. We’re bringing gaming full circle, back to older days, where competition was lauded in the early days of the arcades”