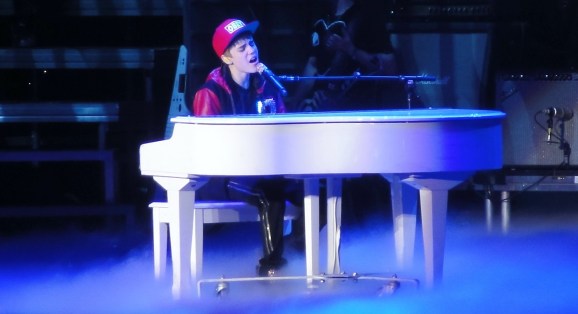 A bot inspired by Canadian pop star Justin Bieber has sent and received more than 3 million message since its launch about two weeks ago, according to bot creator Sequel.

Launched September 23, it’s already one of the most popular bots ever made by Sequel, an early partner to the Kik third party platform with several storytelling or character bots in the Kik Bot Shop.

JustinBieberBot talks to you on Kik and Facebook Messenger about the drama that is Justin Beiber’s life (arguing with Selena Gomez, evading paparazzi, etc.). Type #fans and you will enter a Belieber group chat with other fans around the world.

The actual Justin Bieber played no part in the creation of this bot. Sequel makes bots with personality by extracting a person’s sound from old emails, chat transcripts, or essays. The tone and choice of words used by JustinBeiberBot come from things the real Justin Bieber said in social media and other publicly available sources.

“Our goal is for the bot to remember more about the relationship that the bot has with the user and what the user has previously told the bot in order to build deeper relationships,” CEO Omar Siddiqui told VentureBeat in an email.

Sequel wants to add the ability to bring JustinBeiberBot into conversations with friends and group chats. Regular updates will be made to the bot to make it current and on top of buzzworthy topics Justin Bieber might care about.

“We’re working through this now, but think it’s important to convey the notion that the Bieber bot is just one of your friends,” he said. “Our goal is to earn a place in users’ inboxes alongside their real friends.”

Like a friend, JustinBieberBot may periodically send you a message like “I’m bored… come talk to me.”

Some JustinBeiberBot users are beginning to ask it for personal advice. This isn’t the first Sequel bot to induce a response from users. Earlier this year, Siddiqui said people sometimes report actual crimes or suspicious behavior to its detective bot on Kik.