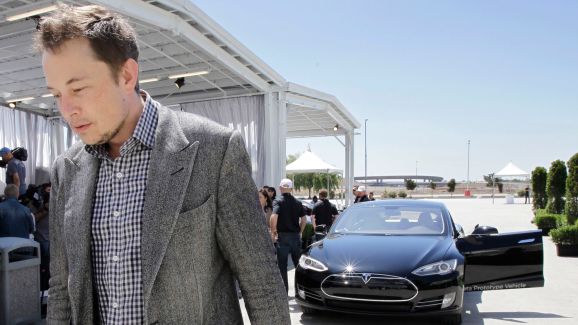 Tesla founder and chief executive Elon Musk revealed on Friday that the company’s autopilot mode has driven 222 million miles since its launch nearly a year ago.

Announced last October, this capability allowed owners of supported Tesla vehicles to have a computer guide them from destination to destination. However, while it moved the automotive industry toward a future filled with autonomous vehicles, it wasn’t without its controversies, including several crashes that made headlines.

In May, the first reported accident occurred with a 2015 Model S, when the driver was killed after their car slammed into a tractor trailer in front of it. After the incident, Tesla stated that “neither Autopilot nor the driver noticed the white side of the tractor trailer against a brightly lit sky, so the brake was not applied.” Regulators from the U.S. National Highway Traffic Safety Administration launched their own investigation soon afterward.

Another Model S crashed while in autopilot mode, this time in China. In that case, the driver was not seriously injured by the accident, in which the car hit a vehicle parked half off the road. When Autopilot was unveiled, Tesla was adamant in its warning to drivers that they should keep their hands on the wheel in case they need to take over — this advice apparently wasn’t taken to heart.

Tesla’s Autopilot mode has been criticized by Consumer Reports, which says that the feature is “too much, too soon.” The publication stated: “The crux of its argument is that the name of the system, Autopilot, and some of its marketing around the launch of software it still deems a beta-test version, ‘create potential for driver confusion.'”

The market for autonomous vehicles is still in its infancy, so we’re bound to see a bunch of corrections taking place. Tesla is one of the few companies making the technology available to the public. Uber and Google — which has driven 1.84 million miles in autonomous mode — are just two businesses exploring self-driving cars, but the average consumer can’t get their hands on a self-driving car right now. The 222 million miles recorded is certainly a huge number, but it will also be interesting to see what Tesla has learned from all the data it has amassed and how that has improved Autopilot.

Today’s announcement comes after the company recently revealed its third-quarter numbers for vehicles delivered to customers.