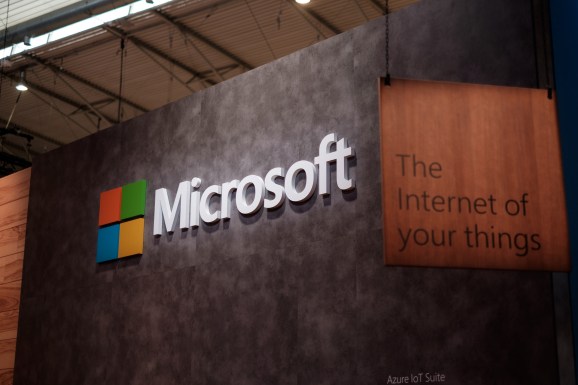 Microsoft today blasted media outlets with invitations to an October 26 event in New York to talk about “what’s next for Windows 10.”

The invitations follow months of rumors about a Microsoft Surface all-in-one PC, which would come after years of Surface-branded convertible tablets and would therefore amount to a considerable expansion of the Microsoft hardware brand.

It’s also likely that Microsoft will talk about updates coming to Windows 10, given the billing of the event. 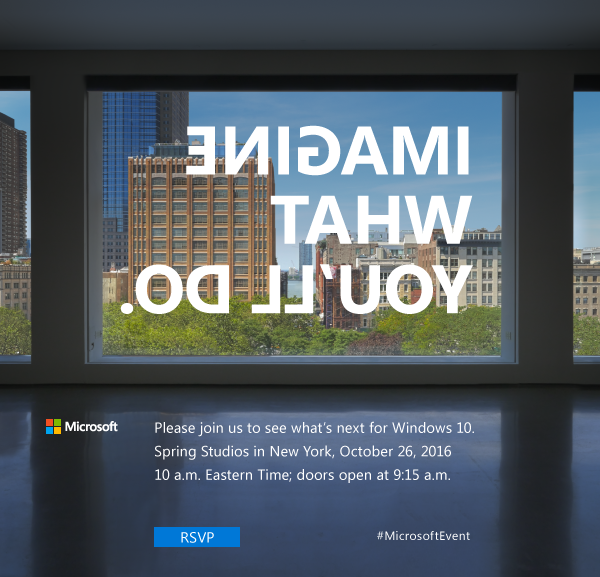 Judging by the pomp of last year’s Microsoft hardware event, the October 26 affair will be a big deal, too.

The event will follow Google’s big hardware event in San Francisco earlier this week and Apple’s event last month, where new iPhones, an Apple Watch, and AirPods were revealed. Apple is expected to introduce Macs later this month.

The event will be livestreamed starting at 7 a.m. Pacific on October 26 at microsoft.com/octoberevent, a company spokesperson told VentureBeat in an email.

And yes, we’ll be at the event providing live coverage on VentureBeat. So stay tuned.