George Fan, the co-creator of the phenomenal hit Plants vs Zombies, is developing a new game called Octogeddon with his new indie game studio, All Yes Good. The new title is an arcade-style action game where a giant Octopus becomes angry and destroys the world.

That could be a very big deal, as Plants vs Zombies played a role in Electronic Arts deciding to buy PopCap Games for $650 million in 2011. The sequel, released in 2013, has been downloaded well over 25 million times.

“I have a disease,” said Fan, in an interview with GamesBeat. “I have to keep making games.”

Fan got the idea for the game during a game jam, Ludum Dare, in 2012. One person was supposed to design an entire game, from the gameplay to the art, in 48 hours. 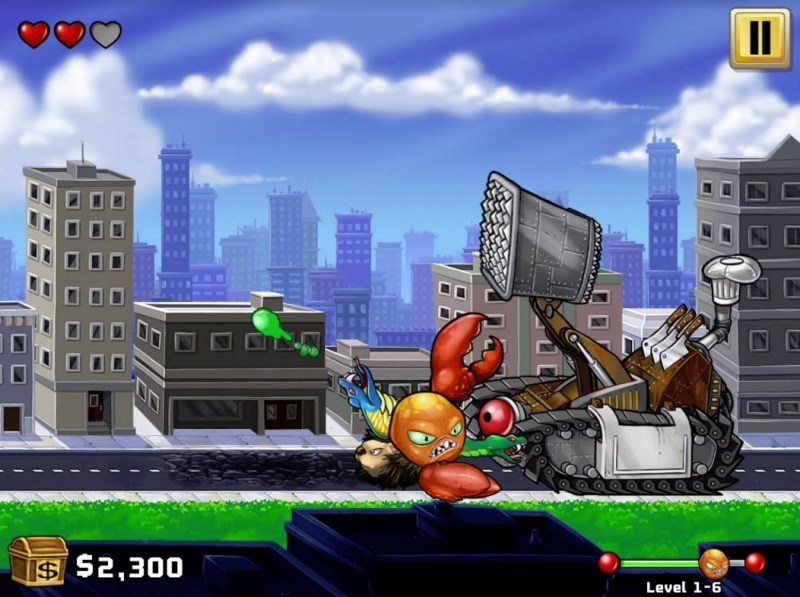 Above: Octogeddon is made by George Fan’s All Yes Good.

“I loved that challenge,” he said. “I’ve been doing those a lot because of the sense of pressure and lack of pressure. Nobody expects greatness in 48 hours for a game. So I can make whatever I want. But they score you, and I really want to score well. So they channel the best of my creativity.”

Fan didn’t immediately start building the game after that. He had a promising prototype, but he eventually assembled a team to “do it for real.” It was a small core team, with a designer, a programmer, and an artist. That’s just the way that Plants vs Zombies came to life. Fan prototyped the game on his own, and then joined PopCap games, where others (Rich Werner, Tod Semple, Laura Shigihara)  helped him bring it to fruition.

“It’s a game about anger and destruction,” Fan said. “It’s not to be taken seriously.”

The Redwood City, Calif.-based company decided to announce the game in honor of World Octopus Day, which is Saturday. The company has several former members of the PvZ creative and development team, including lead PvZ artist Rich Werner and PvZ programmer (XBLA) Kurt Pfeifer. All Yes Good plans to release the game on Steam for the PC in early 2017. 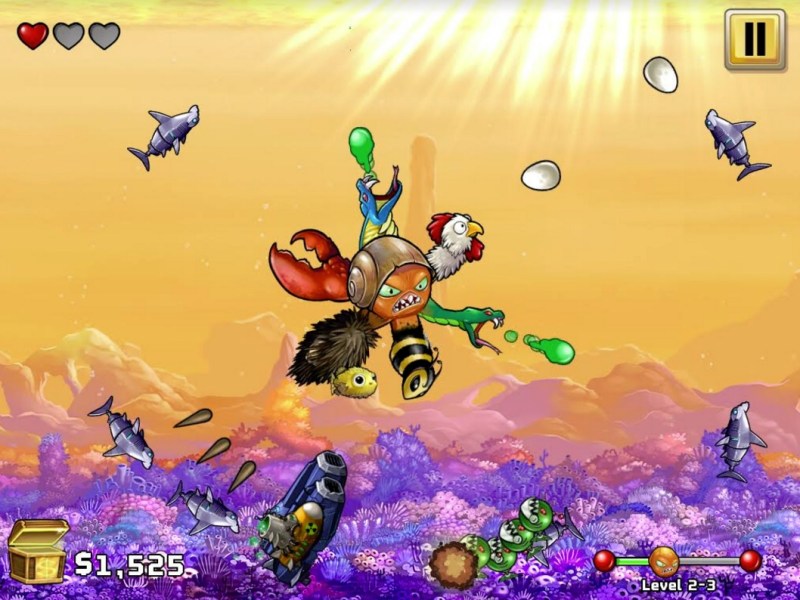 Above: Octogeddon levels up weaponry to destroy the world.

In the game, players become Octogeddon, a giant mutant octopus bent on world destruction, where they grow more tentacles and evolve each of them into deadlier weapons until they become the ultimate eight-legged killing machine.

Fan said he felt like the indie team was the way to go to create a new title, as he doesn’t like big teams as much.

“I feel the way the world will get the best out of George is by doing it with a smaller team,” he said. “I like having a much bigger influence on the game and overseeing things. It’s how I would do the best.”

He also had the financial means after PvZ to choose his own projects and fund the title. He has no plans to go through a publisher or raise money.

“I have the freedom to fund my own games, and I just want to make the best games possible,” Fan said.