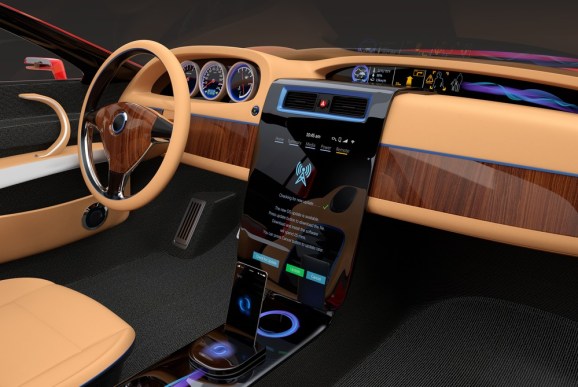 Two weeks ago some fellow tech investors and I took a trip to Amsterdam for a large conference on the future of computing, hosted by Nvidia. The company has emerged as one of the leaders in graphic processors, a technology being adopted by companies behind the machine learning revolution. One thing that struck us all was just how much of the conference was devoted to the automotive industry.

Surely other industries could share the spotlight? Especially given that only six percent of Nvidia’s revenues are expected to come from automotive this year, compared to a whopping 56 percent from gaming. So why spend so much time on cars?

One simple reason is that Europe is still the home of many of the world’s car manufacturers. Volvo, Renault, and Audi were all there as both speakers and potential customers for the new Nvidia kit. But underneath the slick auto-demos in the keynote is an industry in flux. Nvidia, and other similar suppliers, know that they have the opportunity to claim a whole new level of relevance in the automotive market, as software and automation eats the car.

2015 and 2016 have been crazy years for the industry. Car manufacturers and their suppliers have been scrambling to consolidate and to snap up exciting startups.

It’s not only the volume of acquisitions that raises eyebrows, but the car manufacturers are acquiring different kinds of companies.

The auto suppliers have been gearing up on software. Continental acquired Elektrobit’s automotive software division in 2015 for $665 million. Similarly, Harman International Industries acquired two software companies in 2015, paying $780 million for Symphony Teleca and $170 million for Red Bend Software, which produce connected devices and over-the-air updates. The same goes for Intel, which acquired two companies this year, Yogitech and Itseez, for their advanced assisted driving software, robotics, and autonomous machines division.

The manufacturers are doing the same. General Motors bought Cruise Automation for $1 billion in 2016; while Toyota hired the full 16-person team from Jaybridge Robotics, and plowed $1 billion into the Toyota Research Institute. Uber paid $680 million for Otto in the same year that the startup was founded, allegedly to gain access to the pool of former Google, Apple, and Tesla staff that Otto had hired.

Defence and fear is at the heart of most of these acquisitions. Even though the incumbents are globally established brands, they fear the loss of influence that might unfold over the next decade.

The squeeze is coming from all directions. Car companies once “owned the consumer.” They built brands that stood for safety, performance, and sex-appeal. They still do. Their long-held position at the top of this chain allowed them to push liability and warranty claims to their suppliers and control their distributors. This is all changing. New operators are stealing their consumers, and changing their expectations.

Uber, Didi, and Lyft are new brands in transportation, but they play by very different rules to companies like Volkswagen, Mercedes, and BMW. In the new world order, they control coordination and hold the brand, while car manufacturers become their hardware suppliers.

A similar squeeze is coming from below. Since Henry Ford’s Model T, innovation has come from big car brands building cheaper cars, with better engines and smoother curves. Nowadays the innovation that drives the market comes from software and electronics. Software in cars now runs in 12-24 month cycles (similar to that in smartphones), and 90 percent of innovations and new features come in the form of software and electronics. This is increasingly where the value lies: 10 years ago the cost of electronics and software contributed to 20 percent of total costs of a car – today that has risen to 35 percent.

On top of this, traditional car makers are getting direct competition from Tesla, Apple, Google, and Baidu, who are tearing up the rulebook on what a car company looks like, coming in with huge pedigree in software and data. Short product-cycles and a software-focus is second nature for these companies, and if they can introduce these into the automotive industry, the incumbents will find it hard to keep up, especially when it comes to the advent of autonomous driving, whenever that might be.

Traditional car manufacturers are convinced that the race for automation will play a key part in determining their position in the market for the coming decades. What is clear is that they cannot get there alone. The deep-learning elements needed for self-driving will need to come from outside. Startups like the recently acquired Cruise Automation, Five.ai, Drive.ai, and Adasworks will join the race alongside more established suppliers like Nvidia, Delphi, and Autoliv. Assisted driving pure-play MobilEye is also well positioned to succeed.

The immediate future of the automotive industry will be very different from the past. We will see a lot of new companies entering the fray, with many likely to get acquired early on. The real winners will be those who build the components of the automated driving stack, as they will be in high demand by car manufacturers looking to protect their own position in the new world.

Sam Myers is a principal at London-based VC firm Balderton Capital. Prior to joining Balderton, he worked with the investment team at DN Capital, investing in early-stage software, digital media, eCommerce, and consumer mobile companies. He started his career as a strategy consultant with the Monitor Group, working with clients across Europe, USA, and Latin America.