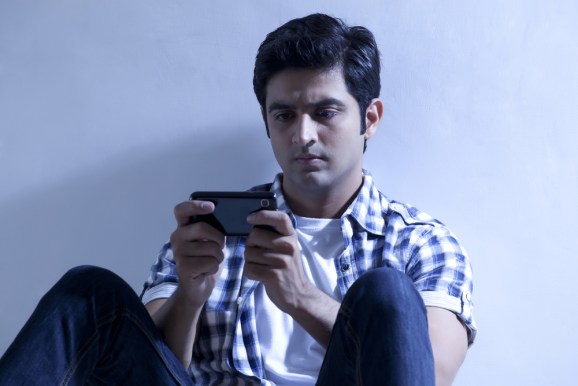 When I glance at my phone, there’s always a number that hurts my feelings a little bit. It triggers a mix of shame and trepidation, and I almost immediately want to flip to another page on the phone just so I can avoid it.

It’s not my step counter.

I used to be different. I was the kind of person who looked down on those who would be insane enough to leave so many apps un-updated.

“Don’t you get it??” I’d ask under my breath. “You’re missing out on new content! The game is probably broken and needs fixing! Developers slept under their desks in order to be able to deliver that update … and you’re letting it sit in the app store like a rotting mango!” (My grandparents had a real mango tree … but I digress.)

Here’s the thing: I use my phone all the time. I’m almost never ready to surrender it to a massive set of updates. Obviously, I’m only making things worse for myself in the long run, as the virtual queue piles up, but with some game updates at 1GB, I sometimes find my phone unusable during a batch update. I know the updates are supposed to happen in the background, but in practice, I usually can’t browse the web reliably during one of these app refresh sessions. Also, some of the games are still playable without the update, so I’m able to trick myself into believing I’ll get to it later.

Interestingly, a study we fielded last year showed that a quarter of players stop playing a game that updates too frequently. Meanwhile, a survey of hundreds of game developers and infrastructure managers showed that 63 percent of them update their games at least weekly.

There’s a tension going on right there. The games NEED to be updated — to be improved, to be fixed, to be expanded. But the industry is making players suffer for those updates. And, by the way, we don’t have to. Some Akamai customers use a careful mix of innocuous sideloads and app store updates as a part of their strategy.

There’s no one perfect answer that will fit every game and every publisher, but you would do well to start asking yourself the questions now.

In a perfect world, every update would be carefully planned months in advance, but we know that’s not realistic. It is, though, entirely possible to have an update strategy planned ahead of time, and to use that to best effect. Players may not know why your game updates so much, but they’re noticing — and not always in a good way.

Check out some more interesting responses from our recent game developer survey. Lots more info there.

Nelson Rodriguez is Director of Games Industry Marketing at Akamai.