Tinder rival Hinge has announced a shift away from the swipe-obsessed mobile dating culture and is relaunching as a paid service for those seeking serious relationships.

Founded out of New York in 2011, Hinge has raised around $20 million in funding to date. So far, Hinge has been like Tinder in many ways — users indicated who they found attractive by swiping. But while Tinder was always more about hooking up with strangers, Hinge used Facebook to help match you with friends of friends through the social network.

The root of Hinge’s pivot can be traced back to a Vanity Fair article that was published last year, called “Tinder and the Dawn of the Dating Apocalypse,” where the author, Jo Sales, conveys a bleak world in which romance and relationships have been replaced by “objectifying games.”

“While some apps defended themselves [after the Vanity Fair article], we at Hinge couldn’t help but feel she had hit a nerve,” explained Hinge founder and CEO Justin McLeod, in a blog post last week. “Personally, I had to admit that when I started Hinge as the first social-media-integrated dating service in 2011, this was certainly not the world I imagined. Taking this criticism as a moment to reflect, we began research that would reveal how alarmingly accurate its indictment of swiping apps was.” 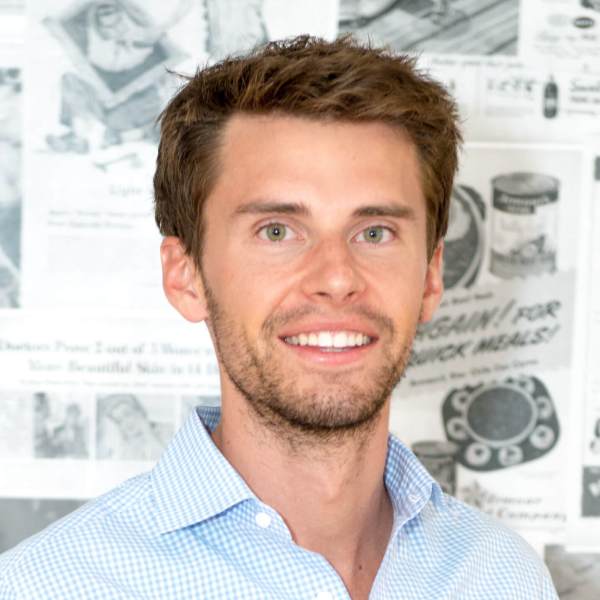 Hinge looked further at its impact on the dating scene and, ultimately, found that swiping apps are much like a casino — they’re not geared toward helping you achieve success (a serious relationship), they’re designed to keep you playing. “Not everyone on these apps is looking for relationships, of course, but among those that are, only 18 percent have found even one relationship, ever,” added McLeod. “It’s hard to imagine any service staying in business where fewer than 1 in 5 customers ever found what they were looking for.”

In November of last year, Hinge set about rebuilding the app to set itself apart from the wearisome hook-up culture. Following user surveys and data-gathering initiatives, Hinge found that there was a great deal of swipe-enabled “matching” going on, but not much actual communicating — real connections weren’t being made. “This pointed to a broader trend of mindless swiping for either entertainment or validation,” explained McLeod. “Hinge was the best for relationships, but it wasn’t enough. On a 1–10 (hook-up to relationship) scale, Hinge was considered the most relationship-oriented app at a 7. When asked what they were looking for, 70 percent of users wanted something even more serious than Hinge.” 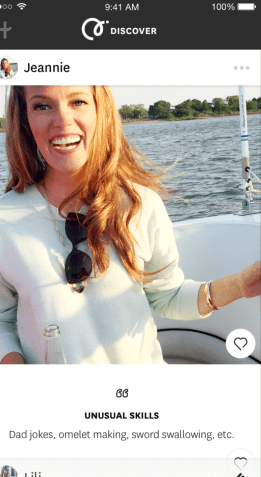 As of today, Hinge is pushing to become what it calls the “Match.com for the next generation.” An affordable — but not free — destination where people can find more meaningful dating experiences.

Rather than showing potential matches, a user’s homescreen now displays existing connections and “impressions” from others that have shown interest in them. The former discovery screen has now been moved to the right of the homescreen, and it’s here you can go searching for new connections. If you’re not interested in someone, rather than swiping, at the bottom of the screen you’ll be able to tap to see the next person.

So in effect, swiping has now been replaced by tapping and scrolling. Hinge is also now being branded as “the relationship app.” It will charge $7 per month and encourage “conversations” around people’s profiles, which Hinge calls Stories, and include large photos. “It’s like Instagram profiles for dating,” said McLeod, who claimed that the new app drove 5X more conversation during testing. “Our team determined there truly was a hole in the market; there was no modern dating experience for people seeking real relationships.”

For context, online dating giant eHarmony charges around $60 per month for full access, though this can be driven down to around $27 if you sign up for a year. Match.com, on the other hand, costs around $42 for a month, or $21 on a 12-month plan.

At $7 per month, Hinge is targeting any age-group that’s looking for serious relationships, though, in truth, it’s cheap enough that those on the hunt for something a little more casual will likely still use the app. But removing the “free” element and ditching swiping should go some way toward un-gamifying dating, and create a genuine differentiator between it and rivals such as Tinder.

For the record, Tinder introduced a new subscription service last year, letting people pay $20 / $10 per month (over-30 / under-30) for additional perks. That it charges less for those under the age of 30 is notable, and this would likely have played on the minds of the folks at Hinge as they sought a price-point that catered to everyone.

“$7 is less than your monthly Netflix or Spotify subscription, and nowhere near the cost of eHarmony or Match.com,” said McLeod. “But it’s enough to make sure everyone is on the same page and not just using Hinge for entertainment.”

The new Hinge goes live on iOS today in the U.S., U.K., Canada, Australia, and India. All existing Hinge users will automatically be given a free three-month trial of the new app.