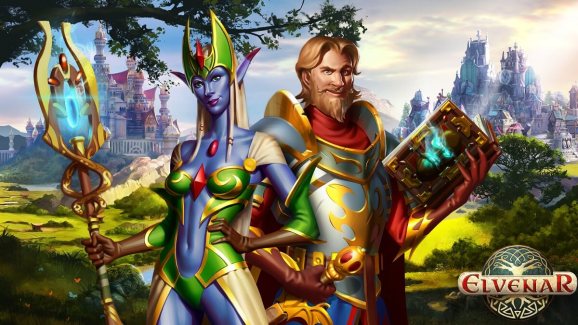 The deal values InnoGames at 260 million euros, or $287 million, and it gives MTG the option to acquire a 51 percent stake in the Hamburg, Germany-based InnoGames in the future. The investment is in line with MTG’s digital strategy to invest in relevant, complementary, and scalable digital content and communities. It creates a third digital entertainment vertical for MTGx alongside its esports and MPN businesses. MTG’s ESL and DreamHack are the leading players in esports, which will engage over 250 million worldwide fans in 2016, while content from MTG’s MPNs Zoomin.TV and Splay generate some 2.5 billion online views every month, of which 25 percent are related to gaming content.

InnoGames has 400 employees working on online games such as Elvenar, Tribal Wars 2, and Forge of Empires — none of which have an esports component. The company has generated compound annual revenue growth of more than 20 percent over the last three years, with 2016 revenues estimated at $137 million and earnings before income taxes, depreciation, and amortization (EBITDA) at 20 percent. The company has more than 150 million registered players, with half of new player registrations on mobile devices.

“We have been involved in the gaming space for a while now, and look for companies with clear track records in IP development that have translated into high revenue growth and a healthy profitability profile over time. This we have found with InnoGames,” MTG president and CEO Jørgen Madsen Lindemann said in a statement. “We are focused on digital verticals with global potential, and gaming is a truly global industry. InnoGames is the right partner due to its established position in the industry, fast growing mobile user base, and exciting pipeline of new releases. We are now present in three complementary digital video storytelling verticals, and we will invest to expand this presence further.”

There’s no obvious esports connection now, but a spokesman for InnoGames said, “We will be looking into opportunities our partnership with MTG could provide for the future.”

MTG has agreed to buy the 35 percent stake held by Eight Roads Ventures and InnoGames’ founders. The transaction is based on an enterprise value of 260 million euros that is a calculation of the total value of the company. MTG has an option to acquire a further 16 percent of the company at the same valuation. The transaction is subject to German and Austrian merger approvals, and the final price will depend on the closing day market valuation.

“We have scored major success with our live games and are now focusing on the development of several new mobile first titles, while maintaining our high quality operation of all live games. MTG’s international presence, understanding of storytelling entertainment, and commitment to IP development and building engaged user communities will bring our games to even larger audiences around the world,” InnoGames CEO Hendrik Klindworth said in a statement. “MTG’s culture of empowering entrepreneurial spirit is exactly what we were looking for as we move into the next chapter of our story. The team could not be more excited about further boosting our future potential and performance.”

InnoGames was founded in Hamburg in 2007, and it has a track record in creating popular strategy and role-playing free-to-play games. The U.S. is its largest market with more than 25 percent of revenues. The company has six online games running, along with mobile versions. The games have regular tournaments that keep the players coming back.

InnoGames has introduced mobile versions of its games. Several new mobile-only game titles are currently under development and to be released in the next 12 months.