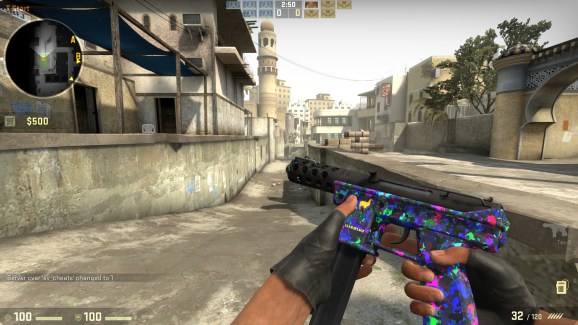 One of the most popular competitive games around the world is getting another massive championship tournament in the United States.

Esports-platform company FaceIt is holding the finals for season two of its Esports Championship Series (ECS) at the Anaheim Arena in California. This event will have a $750,000 prize pool that will go to the best teams competing in the military shooter Counter-Strike: Global Offensive. The finals will feature the top four teams from both North America and Europe competing from December 9 through December 11, and tickets are on sale now. Of course, the organizers will also broadcast the event live on Twitch.

Counter-Strike is one of the most important games in esports. Events featuring the shooter regularly attract millions of viewers on platforms like Twitch, and FaceIt has even partnered with Turner to bring events featuring the military action game to the TBS cable network. The esports sector is already a $493 million business thanks to sponsorships, marketing, and ticket sales (even more if you include gambling), and analysts expect its growth to continue. Counter-Strike and events like the ECS are key to that.

“We wanted to bring the ECS to the amazing fans in North America for the finals of Season Two,” FaceIt cofounder Michele Attisani said in a statement. “Our American fans are some of the most dedicated and passionate, we can’t wait to give them an awesome show and take the step towards a truly global league.”

Counter-Strike has a powerful level of popularity around the world. It attracts a massive audience of deeply engaged viewers and players in North America, South America, Europe, and Asia. And cottage industries, catering to the specific hardware needs of CS:GO fans, have popped up. It’s rare that you’ll see a peripheral manufacturer announce a new mouse or keyboard without mentioning how well it performs with Counter-Strike.

FaceIt has that audience’s attention, and that is worth a whole lot to marketers. That’s why the future of esports is so bright.