Following Facebook’s recent admission of inflated video ad performance figures, we’ve seen a lot of debate on how measurements should be done. The video ad industry is often dinged for offering misleading statistics or unclear measurements, so it’s not surprising to see that a major player like Facebook was susceptible to faulty metrics too. Everyone in the industry feels pressure to show strong performance metrics because some vendors throw out video completion rates above 75 percent as benchmarks.

What Facebook did was wrong, and the company has since apologized, but as an industry we need to push reset on how we forecast results for video ads, especially when it comes to new formats. We need to prioritize counting human, viewable impressions, and we need to start projecting realistic expectations of video completion. 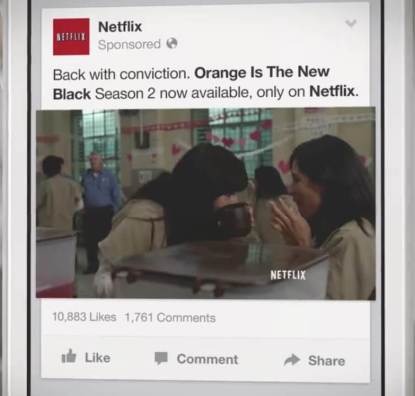 This industry is primed for deception

Expectations for video ad performance are too high throughout the industry. Unlike print and TV advertisers, video advertisers can’t open up a magazine or turn on the TV to check that their ads were placed properly. They often don’t see their placements and rely on numbers showing their budget allocation. The result is a history of vendors bending the truth and finding creative ways to deliver impressions that reflect higher performance in order to get more market share. This has created a surplus of fraudulent inventory and has bumped up completion rates in the process.

Originally, ad distribution was almost exclusively limited to buying pre-roll, either site direct or through networks. As supply ballooned, much of the inventory turned out to be riddled with fraud as both non-viewable and non-human views were being delivered, comprising more than 50 percent of total impressions. To correct this, vendors began tracking and monitoring viewability and using it as a new currency for video advertising. This also spurred the creation of new video formats that were less likely to attract fake views.

New video formats — including click-to-play pre-roll, native and out-stream, and video within social content, such as Facebook’s in-feed ads — increased potential scale and were more viewable by actual consumers. But while these formats were more fraud-resistant, ad-buyers continued to expect the high completion rates the overall industry had been promising.

As a result, publishers have faced the dilemma of trying to please both audiences and buyers. They have responded to this by inflating their numbers, as we saw play out with Facebook. In conversations I’ve had with peers and in results I’ve seen, vendors frequently selectively report their performance metrics in order to put their best foot forward. Obviously, this gives agencies an incomplete picture of the value they’re getting and perpetuates unrealistic expectations among ad buyers.

Now that we’ve adopted better ad delivery formats to target real people on real pages, the industry needs to reconsider its performance benchmarks. High completion rates averaging 60-80 percent, like those projected by Facebook, are simply not realistic for in-feed ads. In fact, these figures should have raised red flags a long time ago. Anyone using Facebook could tell you that they don’t often stop in their newsfeed to watch a video until the end.

We fix the problem by setting realistic expectations

Overall, expectations need to shift for the ad industry to create a more mutually beneficial relationship between ads and consumers. Vendors need to be truthful about what real performance looks like, and clients have the right to be more demanding about transparency. Companies like Moat and IAS can also be beneficial third-party verifiers of viewability numbers. This level of education and honesty will push the industry forward and create a more positive environment for consuming content.

Jeremy Zeleznock is VP of Strategy at Genesis Media.