Theranos, once Silicon Valley’s sexiest startup, recently announced plans to shut down its blood-test facilities and lay off almost half its workers.

But that shouldn’t mean the premise of Theranos is flawed. In fact, CEO Elizabeth Holmes’ vision — to remove the friction in blood diagnostics — is bang on the money. For all involved, blood draws are a pain — quite literally. The opportunity for a more convenient, accurate, and less painful draw, especially for chronic conditions such as diabetes, is tremendous. 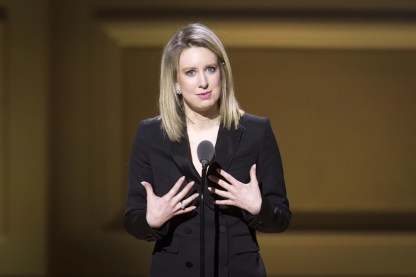 Above: Theranos CEO Elizabeth Holmes speaks on stage at the Glamour Women of the Year Awards where she received an award, in the Manhattan borough of New York November 9, 2015. REUTERS/Carlo Allegri

I spoke recently with investor and musician D.A. Wallach, a friend who shares my passion for novel health care solutions, about this very topic. We both wondered aloud about the high value in medical device development circles on the relatively pain-free blood draw.

“The blood draw is at the top of the list for a lot of people as one of the reasons why we hate conventional health care,” he said.

This was at the center of Theranos’ promise. Holmes discussed her own fear of needles and promised the ability to accurately analyze blood work from the smallest of pin pricks.

In addition to the physical pain, conventional blood draw methods are also inefficient at scaling cutting-edge models for managing health, such as the collection of an individual’s n-of-1 longitudinal data. Many forward-thinking physicians and “self-quantifiers” check blood work with regularity over time. The idea is to integrate and interpret the thousands of data points that comprise an individual’s health profile and track the patterns over time, in order to spot, and reverse, declines before symptoms arise.

It’s a revolutionary approach to health care, which insurers and conventional doctors have yet to fully embrace. Consider the criticism Mark Cuban received when he suggested it’s wise to track your lab results quarterly, like a stock chart. “Excessive and unaffordable,” was the general consensus.

It’s half true: precision medicine is potentially expensive. To democratize access to such a personalized approach — a development that, in my opinion, will allow us to finally move from disease care to healthcare — we’re going to need blood (data) from lots of people. Our healthcare economy likely could not support the volume of sampling and transportation services requiring trained personnel at fixed locations. It just doesn’t scale.

Wallach suggested that a do-it-yourself approach might be the best path forward for such precision medicine blood draws.

“We need to develop a system where people can draw their own blood as painlessly and conveniently as possible, while still preserving the quality and integrity of analytes,” he said. 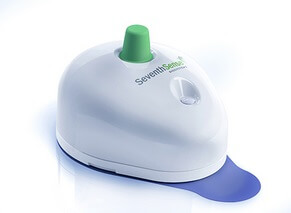 Among the companies on his radar pursuing this type of infrastructure is Seventh Sense Biosystems. The Boston-based startup’s novel technology allows virtually anyone, anywhere, to perform a draw, which can then be integrated with a variety of diagnostic assays for rapid results.

“I tried it. It’s like a tiny puck you put on your arm that has 30 micro-needles that puncture the skin. It creates a vacuum and pulls the blood out effectively and completely painlessly,” he said, comparing the device to something that would be used in a futuristic TV show.

“It means we could connect people all over the world, even in war zones or other low-resource locations with cutting-edge, rapid diagnostics,” Wallach said.

Metabolon is yet another company that brings the promise of pain-free, precise diagnostics with its Quantose IR and Quantose IGT technologies — insulin sensitivity and impaired glucose tolerance tests that, unlike a conventional glucose tolerance test that requires multiple draws over the course of many hours, are able to predict long-term prediabetes risk from a single, fasted draw.

And consider Iggbo, a startup Wallach has invested in personally. 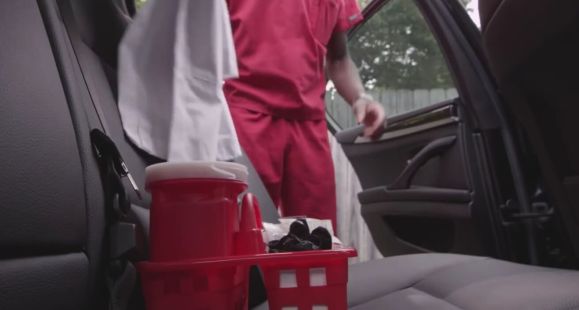 Above: Iggbo’s ‘on-demand’ blood tests bring the phlebotomist to you.

“The data we get from a blood draw informs the medical decisions we make today and what healthcare will look like in the future,” Wallach said. “The process has to be convenient, and it has to be precise.”

We are hopeful yet. For those patients, physicians, and investors who placed their hopes, and money, on the bet that Theranos would revolutionize the bloody blood draw: your dreams aren’t dashed. There are promising alternative technologies emerging. More will come to the fore, too, I bet my blood on it.

Florence Comite, M.D., an endocrinologist and founder of the Comite Center for Precision Medicine in New York City and a former faculty member at Yale Medical School, is the author of “Keep it Up,” a book about precision medicine, a field she has specialized in for decades.