GamesBeat: What do you think became the point at which the likes of the 76ers and major sports owners started to get involved?

Richardson: At a high level, I think the number of people spectating—when you have the League of Legends world finals drawing a larger audience than the NBA finals and the BCS championships, that’s an inflection point. The specific thing is, at the NBA owners’ meeting maybe 12-14 months ago, the NBA actually presented to all the owners. “Hey, there’s this thing out there called esports. We want to walk you through it.” Josh Harris and David Blitzer, the two managing owners of the Sixers – they also own the New Jersey Devils of the NHL, and they just purchased Crystal Palace, the English football club – those guys turned to Scott O’Neil, CEO of the Sixers, and said, “What do you think? This seems like an opportunity we need to get involved in.”

That set the snowball going down the hill. Scott and his team started to investigate and look into it. I connected with them in January of this year. We started to get pretty serious about identifying who we’d want to work with, what were the elements we’d need. That came back to Dignitas. Michael O’Dell had been around forever in esports time, 13 years. Had one of the most respected and known teams out there. We wanted a championship-caliber League of Legends team, so we combined that with Team Apex, with Michael and David Slan.

Now we’re in a situation where have their core competitive expertise. The Sixers understand sports business at a high level. Jonathan and I add some elements to glue all that together. It’ll be super fun. 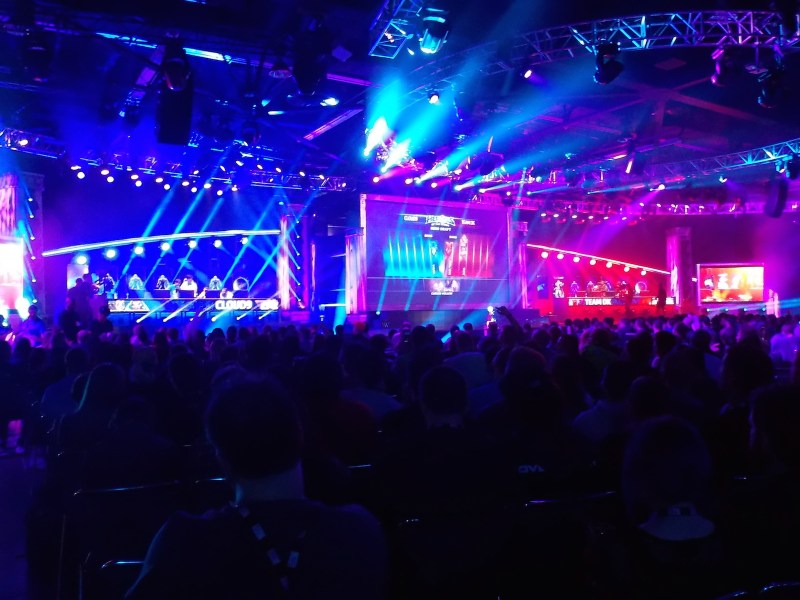 Above: Fans cheered for their favorite esports teams.

GamesBeat: Do you think there’s something that the big pro sports teams and their management bring that wasn’t already a part of esports? What level of sophistication do they add?

Richardson: The players themselves, right off the bat. Esports has been unfortunately marred by very short careers from some of these exceptional players. We think a lot of that is because there haven’t been resources of expertise to take care of players. The Sixers bring in medical doctors, sports psychologists, nutritionists, sleep experts, all of whom can help us define a program for our players where they’re not burning themselves out. The amount of time they spend playing versus sleeping, taking care of themselves physically, can make them happier and more successful as competitors.

The second piece is, esports has this giant audience, but it’s not yet a robust business. You don’t see a lot of the sponsorship that you see in an NBA or NFL game coming into the esports world, despite the fact that you have a large, attractive demographic profile in the audience. One of the things Scott O’Neil said is, “We want to make it safe and easy for big sponsors to get into a space they’re excited about, but don’t understand.” The Sixers, with their relationships and trust they’ve built with these brands, can be a big catalyst for that.

The last piece is fan engagement. How do you make sure your fans feel like they’re getting maximum value from their interest in your team? Where and how do you engage them? Everything from website to social media to camps—who knows all the different ways you can have an interaction? The Sixers have been doing this a long time with their fanbase, and we think esports fans will enjoy it as well.

Kemp: Team Dignitas, as Greg said, have been around for 13 years. They have this fantastic heritage as one of the founding teams in esports, and a great fanbase. There’s already been a lot of activity and fan engagement within the esports world, but the Sixers take that to another level. We can step that up in terms of the way that fans can engage with players, be that online or offline. The opportunities around that are significant.

GamesBeat: I’m wondering what kind of league structure is ideal. I’m seeing all these things happen, like the U.K. forming their own group to oversee esports, and different player associations starting to form, different regional groups. EA had their own position on how they’re going to participate and do a lot of their own tournaments. You have things like ESL. It’s a little confusing right now. Everybody’s trying to bring a different structure to it. 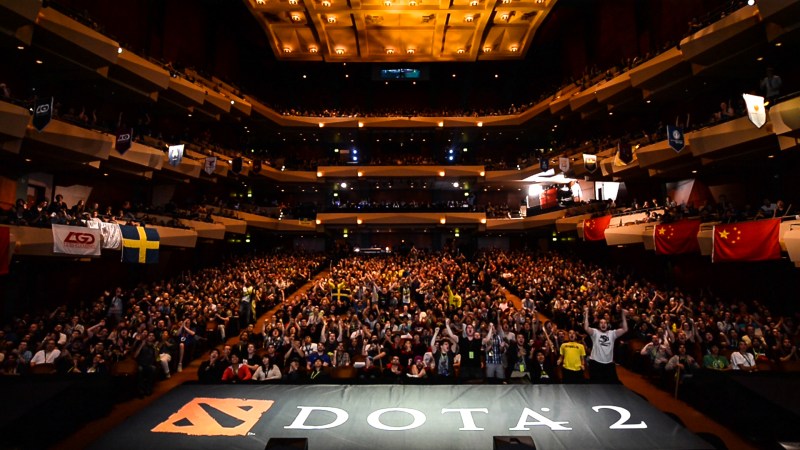 Above: A large crowd at an esports event.

Richardson: It’s early days. You hear the expression “wild west” being used a lot. To reinforce the point you’re making, a lot of different people are involved here. Game publishers are trying to figure out how to weigh in here. Do they form their own leagues? Do they partner with people outside? You have independent organizations like ESL or FaceIt or the E-League that Turner is doing. They’re trying to build league organizations. You have teams forming organizations to say, “What’s best for this ecosystem from the perspective of team ownership?” There’s a group in Europe called WESA. There’s one in the U.S. called PEA.

We want to do what’s best for the fans. What do they want, in terms of knowing there’s no gambling or cheating in the sport? Or a structure and a schedule for the league that’ll build expectation and pay off in a championship that they care about. It should be distributed and broadcast in a way that has the best players involved. All of us in the ecosystem to focus on what the fans want, because if we get that right, the rest will fall into place.

For the Sixers, Jonathan, and myself, we’re excited to have a seat at the table as this all gets figured out. We look forward to partnering with the publishers, with some of the leagues that have already formed, and some of these organizations. Let us lend our perspective and expertise to hopefully to get to a place where the fans will love this and we build a sustainable, growing ecosystem.