GamesBeat: Some of the fans seem to want gambling, unfortunately or not.

Richardson: There’s gambling in every sport, but it’s regulated and controlled in a way that doesn’t violate the integrity of the game. What happened with Valve caught everybody a bit by surprise. They didn’t have that protected distance between gambling and the game.

GamesBeat: What’s a good way to set a team up for success?

Kemp: The complex part of it is choosing the right games to play and making sure you have teams playing in the games that make the most sense. We currently have teams in five games. That’s a challenge, figuring out which of those are the ones we want to participate in.

As we’ve just discussed, around leagues and tournaments and which of those to participate in—the reason why this has been successful so far is because fans want to be able to see teams compete against each other and find out who’s the best team in the world, or in a region or whatever. We should never lose sight of that, going back to your point around league formation. It needs to be something fair. There needs to be clarity – if a team wins this, they’ll be in the top three in the world or whatever. Fans want that clarity.

Choosing the players is more important than anything. What we have with Michael O’Dell at Dignitas and Mike and David Slan at Apex are people who’ve proven again and again that they know how to spot great talent and build teams. I don’t think you can be in esports for 13 years without having done that successfully.

We have great foundations to build on regarding content, games to play, players, and teams. As Greg was saying, what we can lay over the top of that with the Sixers is the ability to work with those players around nutrition, psychology, physio, just taking away those distractions from the players and making sure they’re equipped to be successful in their chosen games. That’s a huge part of what we need to do. 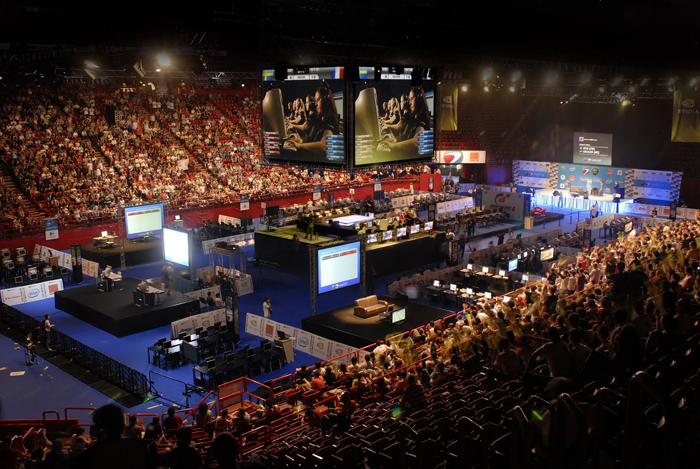 Above: Esports is big, but it could grow a whole lot larger.

GamesBeat: What should esports players expect as they head into this as their profession? Once they hit a certain competitive level, what are their choices like?

Richardson: The caliber and the skill set of these players is pretty incredible. As a result, they need to feel like they have a fundamental seat of the table concerning what the esports industry is going to look like. For them, it starts with making sure they have ownership and relationships with publishers and leagues that will create monetization, so they can get compensated fairly.

Certainly from our perspective, that means very competitive base salaries, making sure these guys have all the benefits they need, all the things Jonathan talked about as far as taking care of players. Also, aligned interests, so that they don’t just care about the team winning, but also about how we flourish as a business. As the business grows, it is only going to help the players. That’s been the case in every sport and entertainment industry. The talent eventually has risen to the top and made sure they get their fair share.

GamesBeat: I talked to Minh Le, the Counter-Strike creator, not long ago. He said that the good thing about Counter-Strike is that it stayed the same and never changed. The way to play and win has stayed the same for a long time. That’s how you get players who, year after year, come back and are still skilled. There’s a consistency in the experience. Whereas for fans—Call of Duty changes up every year so fans don’t get bored with it. It’s an interesting contrast there. If you want to design your game for esports, what do you do?

Kemp: Right. You come at it from a different design approach than if you’re creating a franchise that you’ll iterate on an annual basis.

Richardson: Right. But it is interesting. We’re into this world of games as a service, where ideally you want your game to last forever. You have to keep it somewhat dynamic. League of Legends is adding new heroes and so on. But as a competitive sport you don’t want it to completely change.

That’s part of what’s exciting here. Back to the difference between this and the ball-and-stick sports, this one has a dynamism to it that will force the players, coaches, owners, and publishers to figure out how to operate in an environment where not everything stays exactly the same.

GamesBeat: It seems like it’s hard for players to stay on top every year if the game keeps changing on them.

Richardson: That’ll reward the players who can adapt, and hopefully what they’re being asked to change is not radical. Let’s hope they’re not completely turning things upside down.

GamesBeat: We have the big companies taking notice. Where do you think the big money should go? Where should it be invested?

Richardson: The entire ecosystem has massive upside opportunity. Let’s start with distribution. Twitch has built an amazing business. 100 million people coming to their website every month watching 90 minutes a day. But they’re still in the early days of their product. If you think about what fans want, in terms of the live streaming, you think about what the streamers want to have in terms of a tool set, and you think about what advertisers and sponsors want, that product is in the first quarter of its life cycle. The first inning, if you want to use a baseball analogy.

GamesBeat: The thing I look at is the comments coming through. If you’re a small-time player, you can read every comment. When you have a million people in the stream, it’s just going by, whoosh.

Richardson: Right. There’s a huge opportunity for innovation and evolution. It’s not just Twitch. You have Facebook with Facebook Live. You have YouTube entering the space aggressively, Twitter, some startups out there. The whole segment around video streaming and what can be done there, both technically and in how the product is seen and produced—you have massive upside. You’ll see money invested on that side.

Content. We talked about how esports has been organic. It was created by the fans and the players. They just wanted to know who the best player was. The notion of making it super entertaining—this about how the Sixers come out for a game with the lights flashing and the fireworks and the music and the commentary. Everything ESPN does to make entertainment part of sports, we’re really early on that. In content creation, you’ll see a bunch of money pour in to create more engaging, capital-E entertainment value.

The game publishers all recognize this incredibly virtuous cycle. If people are playing and watching competition in my game, that has massively positive benefit to my business as a whole. So what do I need to invest? You look at what Riot’s done with by far the leading esports game out there right now. They’re doing more than a billion dollars in profit a year, and they’ve invested the most of any publisher. The other publishers have taken note and they’re asking what they need to do to have that kind of success.

Then you have team owners. You’re seeing the first of what I think will be many well-resourced, professional organizations not just investing as individuals, but getting in as an organization to take this to the next level. They have the capital and the expertise to do it. You’ll attract venture and private equity. They’ll also see an opportunity to build multi-billion-dollar businesses here, and they’ll put money to work across all of these areas. 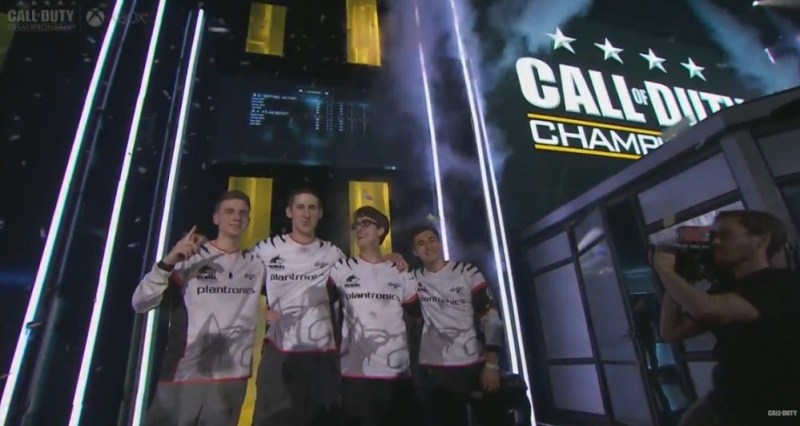 GamesBeat: Something like $500 million a quarter is going to AR and VR now. Either that or $500 million so far this year. I wonder how much game-related investment will find its way into esports.

Richardson: It’ll be harder to measure, because you’ll have more existing companies going after esports. You have ESPN and Turner and Facebook and Twitch and EA and Blizzard.

Kemp: The ecosystem is broader. Within the VR and AR space, it’s content and hardware.

Richardson: There are some opportunities. I’ve invested in some esports startups on the tech side. How do you make the fan experience more engaging, bring some sophistication to video streaming? That’s an area that I think is of interest at early stages. But that’s just one piece of a pretty broad ecosystem, as Jonathan said.

For people like us, if you’re a sports fan, if you’ve been in the game business a long time, if you love these building opportunities where you need some vision and some roll-up-your-sleeves, I don’t know if there’s anything more interesting going on out there than what’s happening in esports.

Kemp: As I said at the beginning, my background has been 25 years in games publishing, with a lot of time spent working alongside big sports brands. I spent a lot of time working with the International Olympic Committee as their interactive entertainment partner, did a lot of work around London 2012 with big brands, trying to integrate sponsors into games and gaming content. When you bring together that games publishing and sports background with the big brands and sponsorship, that’s a pretty unique set of experiences I have. The crossover with what we’re trying to do here in esports, and specifically with Team Dignitas, is a perfect coming-together.

To Greg’s point, there aren’t many places where those skills can come together we can coalesce those into significant changes in the team structure and the team journey here. I’m excited about my background, my skills, and how that can come to play here in what we’re doing. It’s going to be an interesting journey.

GamesBeat: You get to hang out with a lot of different crowds.

Kemp: It’s funny. A couple of weeks ago I was at the League of Legends championships at the civic center in San Francisco. I was having conversations with Scott from the Sixers, with sponsors who don’t know anything about the space and want to get involved. Stitching that together is very exciting.