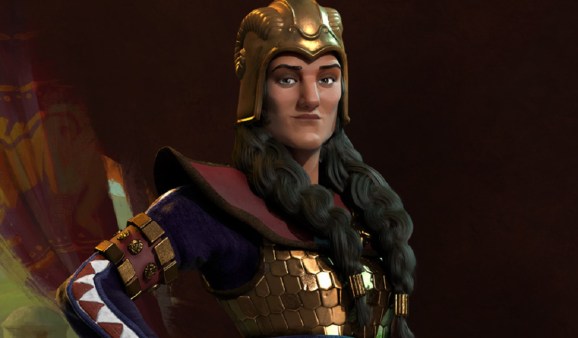 Tomyris is the queen of Scythia in Civilization VI.

You’d probably rather be playing Civilization VI, but this new video should help get you through the agonizing wait of these last few days.

Publisher 2K has released a new trailer for its upcoming turn-based strategy game for PC. It’s calling the video a launch trailer, although Civilization VI doesn’t come out until October 21. However, those who preorder the game on Steam are able to now preload it, meaning it’ll become instantly playable on its release date. The Civilization series has sold over 33 million copies since it started in 1991, making it one of the most popular strategy game series. Many fans are looking forward to this new installment.

Civilization VI introduces new mechanics for building city districts that places importance on designing a Civilization to take advantage of nearby landscapes. Our early impressions of a preview build enjoyed the new city mechanics, although the combat was frustrating.

The trailer shows a man, voiced by Civilization VI narrator Sean Bean, moving through history and several cultures. You can watch it below.