Google Assistant is Google’s long-overdue response to Apple’s Siri virtual assistant. It’s available by pushing the home button at the bottom of the new Google Pixel smartphones. It can send emails for you, recite your calendar events, open apps, tell jokes, play games with you, translate words, turn on music, provide information about movies showing nearby, help you tune an instrument, and more.

Generally speaking, after playing with the Assistant on the Pixel for a few days, I’ve found it to be better at understanding what I’m saying than Siri. That’s impressive. And, at its best, it surprises you with Googley things like miniature games that you can’t find anywhere else, quirky responses, and sudden bursts of music.

Unfortunately, it’s not always impressive. Its responses to your commands can sometimes leave you disappointed. Here are 10 qualities I dislike about the Google Assistant as it’s presented in the Pixel and Pixel XL, in random order. 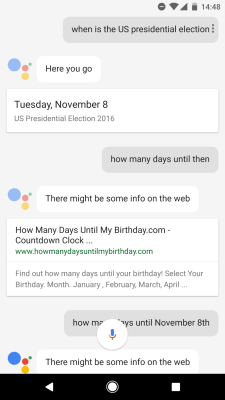 Above: The Google Assistant on the Pixel fields questions about the U.S. presidential election. 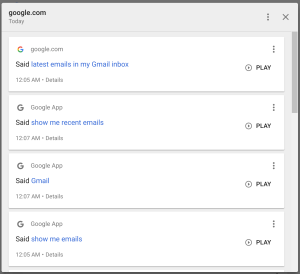 Above: Google Assistant queries on Google’s My Activity site. 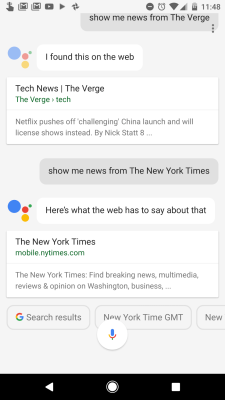 Above: How the Google Assistant on the Google Pixel handles requests for news from specific outlets.

Don’t get me wrong. I like the Google Assistant — I just want it to be better, and I know Google has enough artificial intelligence talent and technology to solve a lot of these problems. What I don’t know is how long that will take.