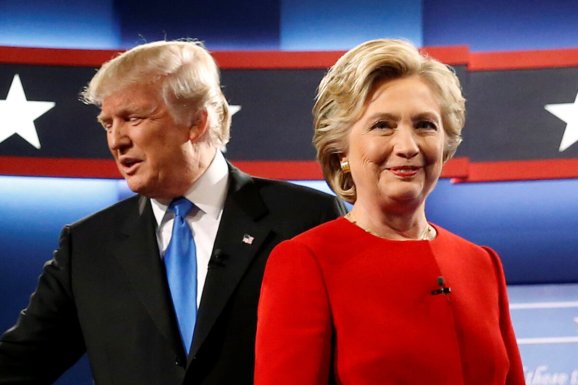 Amazon today announced you can now ask Alexa-enabled devices like the Echo or Tap about the U.S. presidential debate and Election Day results.

Once the final debate ends Wednesday night, you can ask “Alexa, who won the debate?”

The online retail giant also shared data about questions asked by hundreds of thousands of Alexa users during the last two presidential debates.

On Election Day, you can ask questions about the presidential race, like who won or is projected to win in each district or state, as well as more detailed questions, like “Alexa, how many votes did Trump get in Ohio?” or “Alexa, what percent of the popular vote does Hillary have?”

In some respects, these skills highlight both the advantages and limitations of a voice-only intelligence like Alexa. Without lifting a finger, you can ask Alexa a range of questions that are on people’s minds on Election Day, but a map of red and blue states still seems like the best way to do electoral college math.

Political bots have been a theme this fall.

Last week, the White House open-sourced President Obama’s bot and encouraged more governments to explore ways that bots can be used to serve citizens. The Clinton campaign debuted a voter registration bot last week and has also put out a bot that imitates Donald Trump.