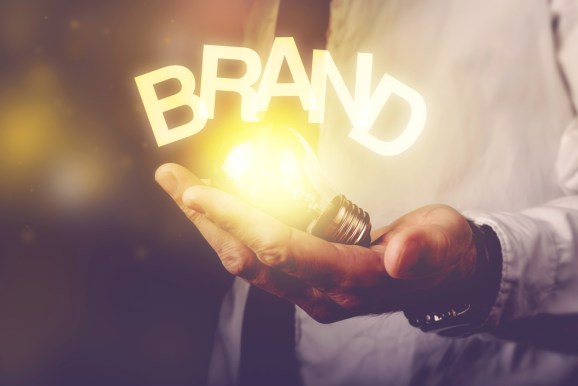 Chatbots. That’s the word on everyone’s lips in the tech world.

Despite blatant branding flaws, the bot industry is booming. So much so that we’ve still yet to grasp its full value and potential. Yes, there will be learnings, hiccups, pivots, winners and losers, like anything else. But I believe that after the hype settles and the smoke and mirrors disappear, chatbots and A.I. will have already changed the world for the better. Whoa, I sounded like Erlich Bachman for a second there.

Jokes aside, our industry is still in its teenage years. And like any teenager, we are dealing with identity issues, starting with our origins, our branding, and the language we use to promote ourselves.

… And finding the right words even more so. In fact, it’s for this very reason that I embraced the rise of chatbots and A.I. from day one. As interfaces become more organic and fluid, language becomes exponentially more powerful.

As a writer-turned-conversation-designer, I believe this is an unprecedented opportunity to connect with people on a deeper level. After all, personality and personalization are highly driven by language. It’s an exciting time to be alive.

I feel blessed to witness this paradigm shift, and I’m doing my best to promote and be a part of it. But there’s a profound contradiction at the very core of how we market ourselves as an industry — a paradox that stems from the gap between the terminology we use (bots) and the game-changing benefit that is foundational to its rise and adoption (its human-like experience).

Engineers tend to suck at branding and marketing. That’s harsh, but it’s true. Still, engineers are a formidable force in driving our world forward. Truth be told, I envy them. I wish I had their unique skillset. They have many talents, but unfortunately branding isn’t one of them.

Great branding needs little to no explanation. And as much as the term “chatbots” may be self-explanatory for tech insiders, it’s completely not for outsiders (i.e., the people we’re trying to sell chatbots to).

Despite all the hype, “chatbot” is still a mysterious term to many marketers. Add to this the extensive lexicon that surrounds it — from the snappy diminutive “bots” and the clever term “conversational commerce” to the sci-fi sounding “A.I.” and various other buzzwords — and what you get is an exciting yet confusing nascent industry that fails to communicate its essence and value to prospective customers. And this could ultimately hinder our growth.

Chatbots are a brand

If we look at chatbots as a brand, we still have a long way to go before we reach global awareness and adoption (versus apps, for example).

From a technical standpoint, the term chatbot makes perfect sense. I can’t deny it. Software (bot) that can have a conversation with people (chat). 1 + 1 = 2. Perfectly rational on paper, but the resulting amalgam sounds so engineered, so cold, and so, well, robotic that it reduces its appeal to industry outsiders.

Then comes our desire to showcase bots as the most human-like interface ever. But using “bots” and “human” in the same sentence creates an antonymic cocktail for the uninitiated.

This inherent flaw in the way we brand ourselves as an industry can be seen in the way we brand ourselves as companies, too. Many first-generation bot startups are using first names to brand themselves. The Amy (x.ai), Clara, Dexter, Leo (shout out to my friends at OfficeVibe), Felix, and Nestor bots all strive to make their bots sound as human as possible. Calling themselves “assistants” or “agents” instead of bots is an attempt to dodge the implicit contradiction. It also proves the shortcomings of the chatbot brand at a macro level.

We need a more meaningful definition

Bot makers need to find a way to make chatbots more intelligible and accessible for the masses. Otherwise, we might find ourselves in troubled waters. The purpose of this post is not to impose a new branding on our industry. That would be a laborious task tainted with wishful thinking at this point. The term has become so ubiquitous that it would be hard to challenge it, let alone change it. But perhaps we need a deeper definition and a common language to position ourselves better.

So many definitions and soundbites are floating around, and all of them have their merits. One of my personal favorites is Matt Schlicht’s:

Recently, I started to write down the different variations I’ve used in client pitches. From “conversational apps” or “micro apps with a chat interface” to “smart messaging agents,” “conversational software” and “brand assistants,” I’ve tested dozens of catchphrases. And while each definitely has some strong points, they all still feel like incomplete and imperfect statements.

As for the A.I. lingo, I avoid it as much as possible. “NLP/NLU,” “machine learning,” and “A.I.” are industry buzzwords that only add confusion to the generally mixed feelings of some of our prospective clients.

The debate is open for business

I don’t claim to hold the answer to our billion-dollar branding dilemma, as much as I wish I did. Should we keep calling our product bots? Should we find a better name? Or should we just double down on defining a common language that communicates our value proposition in a more compelling and comprehensible way?

All of these questions are open for debate. Our answers will likely emerge organically over time.

The only thing I’m certain of is that the marketing of bots is just as important, if not more so, as building them. If we fail to communicate their full potential and market them to the masses, we risk failing to live up to the hype that we are so good at fueling.