A little more than three months after its dual IPO, mobile messaging giant Line has announced plans to enter the business communications market as it struggles to grow its user-base in the consumer realm.

The Tokyo-based tech giant has entered an agreement with Works Mobile Japan Corp. The company, which was founded in June 2015, recently launched a mobile-first communications app for businesses that includes messaging, message boards, address books, email, calendar, and file-sharing functionality. As a result of this new partnership, Line says it plans to target the corporate market with a co-developed “communication tool” that merges elements of Line’s app with those of Works Mobile’s app, with a planned launch date of spring 2017.

“Through synergizing the Line app’s ease of use and the Works Mobile app’s exceptional functionality for businesses, Line hopes to propose a whole new way for companies to fulfill their communication needs,” the company said in a statement.

A subsidiary of South Korea’s biggest web operator, Naver Corp, Line grew to around 220 million active users through the popularity of its WhatsApp-style mobile messaging app, with 157 million of those users centralized in its four major markets — Japan, Taiwan, Thailand, and Indonesia. Looking back over the past couple of years, data suggests that the growth in Line’s active user numbers is slowing — there was an overall rise of 50 million active users between Q2 2014 and Q2 2016, which represents roughly a 30 percent increase. But between Q2 2015 and Q2 2016, Line only saw growth of around 5 percent, compared to 25 percent for the previous 12 months. 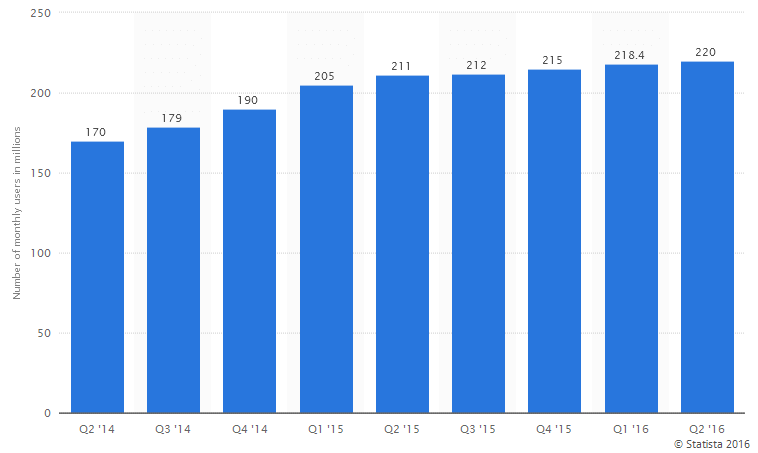 With stiff competition from the likes of Facebook and its subsidiary WhatsApp, Line has struggled to grow in the Western markets that represent its biggest opportunity. However, it did finally go public in July with a dual IPO on the New York Stock Exchange (NYSE) and Tokyo Stock Exchange. Three months after its inaugural trading price of $42, Line’s shares are marginally up, currently sitting at around $45, though they have been in steady decline from their $49.63 peak at the end of September.

Line recently gave some indication of how it plans to grow globally. Last month, it revealed it was investing in two venture capital (VC) firms — DAG Ventures, based out of California, and a newly formed French VC firm call Korelya Capital. Through these investments, Line will “collect insights on trends and market conditions and build up its network within these regions” through buying stakes in smaller startups.

The bottom line is that Line is desperate for growth, and it’s now viewing the corporate sphere as its next route for expansion in a country where it already has significant mindshare. The new tools will only be available in Japan initially, which makes sense given that it is Line’s biggest market, with 62 million users. Today’s news is particularly notable coming a week after Facebook finally launched its enterprise-focused social network, Workplace — so if Line was planning to target enterprises in other countries, it will likely face an uphill battle there, too.