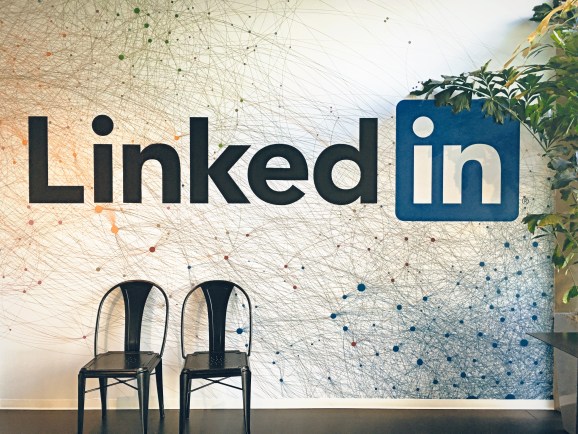 LinkedIn has taken its endorsements feature and given it a touch-up so that it actually means something on a person’s profile. With more than 10 billion endorsements since its launch in 2012, the professional social networking company is now using machine learning to customize each person’s experience so that the most impactful endorsements are surfaced when you view a profile. 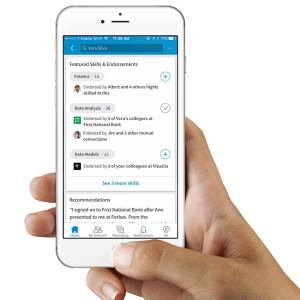 Considered to be LinkedIn’s one-click lightweight version of recommendations, endorsements were geared toward letting people offer rapid testimonials about a person’s competencies and skill sets. Do you know Microsoft Office? Are you good at marketing? Can someone vouch for your engineering chops? But it was also prone to randomness, such as users planting false flags about someone’s credentials — you could be endorsed for being a good pet-sitter, for example, even if your career had nothing to do with animals.

But endorsements have an impact on people’s job searches, and, ultimately, on their economic graph. LinkedIn said that those with at least five skills listed on their profile receive up to 17 times more profile views. The next step is to convert those views into action, and that’s where the updated endorsements feature could be useful. 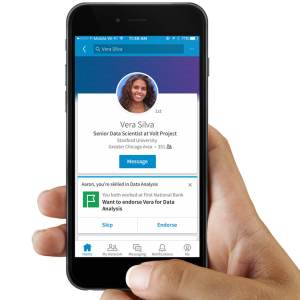 LinkedIn is utilizing its machine learning to assess which endorsements matter to you when viewing someone’s profile. So if you’re looking at a potential product manager applicant’s information, you might see a plug from the vice president of product from LinkedIn, for example, instead of from a friend of that applicant. LinkedIn said that endorsements will be prioritized by a variety of factors, including mutual connections, colleagues, and people who are knowledgeable about the skill.

In the professional world, some recommendations certainly carry more weight than others. This is how it works with referrals, so why not with endorsements?  It could be a way to promote your clout (no, not Klout) with those viewing your profile.

You’ll also now have the ability to manage which skills and expertise endorsements you want to display. If you’re trying to find a new job as an engineer, you might not want to highlight endorsements around things like baking, swimming, or online advertising. Instead, you’d like to showcase your coding prowess, and this is what can now be managed within LinkedIn profiles. “With more than a third of hiring managers spending more than 60 seconds browsing your skills and endorsements, we want to make sure they’re seeing skills and endorsements that best represent your aspirations and help you stay ahead in your career,” the company said.

The updated endorsements feature is rolling out to all 450 million LinkedIn members today.